Luca Visentini, General Secretary of the European Trade Union Confederation, this afternoon said "The hearts and thoughts of all trade unionists are with the dead and the injured of this  horrific attack in Ankara. We express our wholehearted solidarity with the victims, their families and loved ones."

Visentini condemned the "cold-blooded murder" of people taking part in a demonstration for peace organised by ETUC members, the Turkish trade unions, DISK and KESK. "It is a heartless  attack against trade unions and against peace.  Those responsible clearly have no regard whatsoever for human life.

The ETUC General Secretary also expressed concern about reports that police had  attacked those trying to help the victims, and prevented emergency services from reaching the scene of the blasts.

He added "Yesterday the Nobel Peace Prize was awarded to those in Tunisia, including the trade union movement, who created a national dialogue that led to a peaceful transition to democracy. Today in Turkey we see cold-blooded murder of people calling for peace." 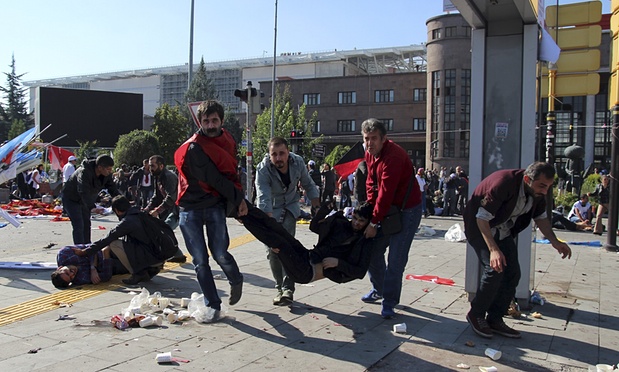