Bernadette Ségol, the General Secretary of the European Trade Union Confederation (ETUC), will be the only trade unionist – and the only critical voice - to address an Italian Presidency and Italian Ministry of Economic Development ‘Dialogue on the Transatlantic Trade and Investment Partnership’ today in Rome.

Speaking alongside Italian, European and American business representatives, Bernadette Ségol will tell the meeting that European and American trade unions are united in wanting “an agreement that is negotiated in the public interest, not for vested interests; does not privatise the gains of trade and socialise the losses. These are our tests. Meet them and TTIP will have our full support.”

Specific issues for trade unions on both sides of the Atlantic are the right to join a union and to collective bargaining, the creation of quality jobs, and the protection of public services and procurement.

Ségol will tell the meeting that the controversial “Investor-State Dispute Settlement mechanism should be dropped” and that “we really must ask why, in our democracies, do foreign investors need special protections?”

She will also support “the suggestion of the Presidency of the Council that TTIP’s ambitions be scaled down”, saying that it “deserves serious consideration”, and pointing out that Chair of the European Parliament  International Trade Committee, Berndt Lange, also advocates a restricted TTIP agenda.

The dialogue is convened by Carlo Calenda, the President of the EU Foreign Affairs – Trade Council, which meets the following day. Held in Palazzo Colonna, the TTIP dialogue is due to close with a speech by Italian Prime Minister Matteo Renzi. 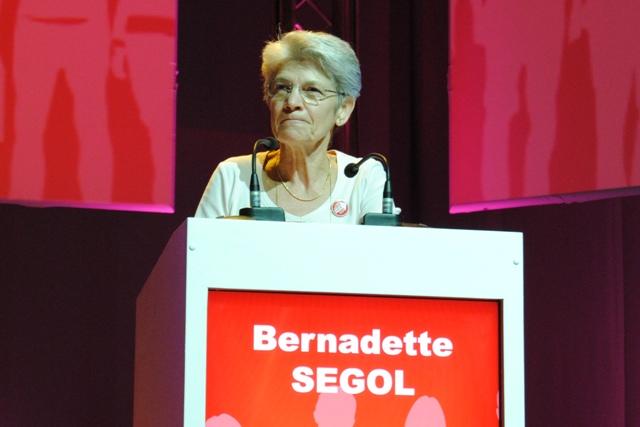