The European Parliament will debate in Plenary on Monday, and vote on Wednesday, on its opinion on TISA – the Trade in Services Agreement.

This Agreement has been in negotiations since 2013 with over 20 members of the WTO including the EU, USA, Japan, Mexico and Turkey.

The ETUC is not against TISA, which could boost trade and economic activity, but has concerns about the impact on public services and workers’ rights.

Key issues for ETUC in the report, and the Agreement are

“TISA has the potential to drive economic growth and new jobs” said Liina Carr, ETUC Confederal Secretary, “but public services and workers’ rights are not for sale. We say yes to trade and no to exploitation. Sensible rules can prevent a smash and grab of things that society hold dear.”

“The European Parliament has done a good job so far on TISA and addressed many of the trade unions’ concerns. Now it is over to the European Commission to do the same.”

“I hope the European Commission have learned their lesson from TTIP and start paying a bit more attention to public concerns. Otherwise they will have another public relations disaster on their hands and Mrs Malmström will have another rescue mission.” 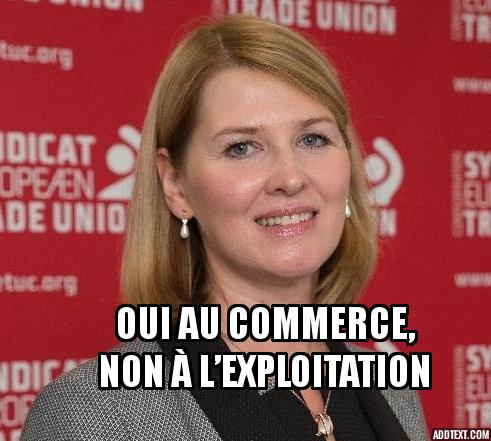