SLAPPs: EU must stop the silencing of workers with baseless legal threats

With big business increasingly using vexatious legal threats known as ‘SLAPPs’ to silence trade unionists, the EU must include workers’ rights in a new directive designed to stop the tactic.

The number of ‘Strategic Lawsuits Against Public Participation’ launched in Europe has increased from 4 in 2010 to at least 111 last year, with journalists, activists and academics being targeted primarily by corporations, politicians and governments.

The majority of cases are dismissed, withdrawn or settled, but not before lengthy procedures causing substantial financial and psychological consequences on those targeted.

Private business but also public entities are using the tactic in an effort to prevent legitimate trade union action. They include the following cases:

The European Commission promised in February 2021 to present an initiative to protect journalists and civil society against SLAPPs and is expected to publish its draft directive on Wednesday.

The ETUC, which is a member of the CASE Coalition Against SLAPPS in Europe, is calling on the Commission to ensure the proposal explicitly protects the rights of workers and trade unions. It should also:

“SLAPP lawsuits are being exploited by businesses to intimidate and attack workers and trade unionists exercising basic democratic rights like the freedom of expression and the right to collective action. This has to end.

“Despite the huge escalation in the number of SLAPPs over the last decade, no EU country has taken legislative action to stop this practice. That makes a strong EU directive against SLAPPs even more important for upholding democracy against the chilling effect of these abusive legal threats.

“While the EU Whistle-blower Directive sets an important precedent for protecting workers who speak out in the public interest, it’s crucial this is complemented with EU rules on SLAPPs. In the same way as whistle-blowing, public participation plays a key role in ensuring the genuine enjoyment of fundamental rights, public access to information and the rule of law.”

Tea Jarc, President of the ETUC Youth Committee who has campaigned against SLAPPs issued by the Slovenian government to undermine the right to protest, added:

"Over the past two years, under the far-right government in Slovenia, activists, trade unions and media reporters have been attacked with SLAPP lawsuits because of their work.

“This is a known and too often a successful tactic to frighten citizens, stop protests and shut down critical thinking. It is jeopardising democracy.

“The most visible example of this in Slovenia is a current case, of over 20 lawsuits filed by the Slovenian government against an individual for organizing anti-government protests,in which different civil society actors including trade unions participated. The European Union  needs to stop this unfair practice and ensure legal protection for activists." 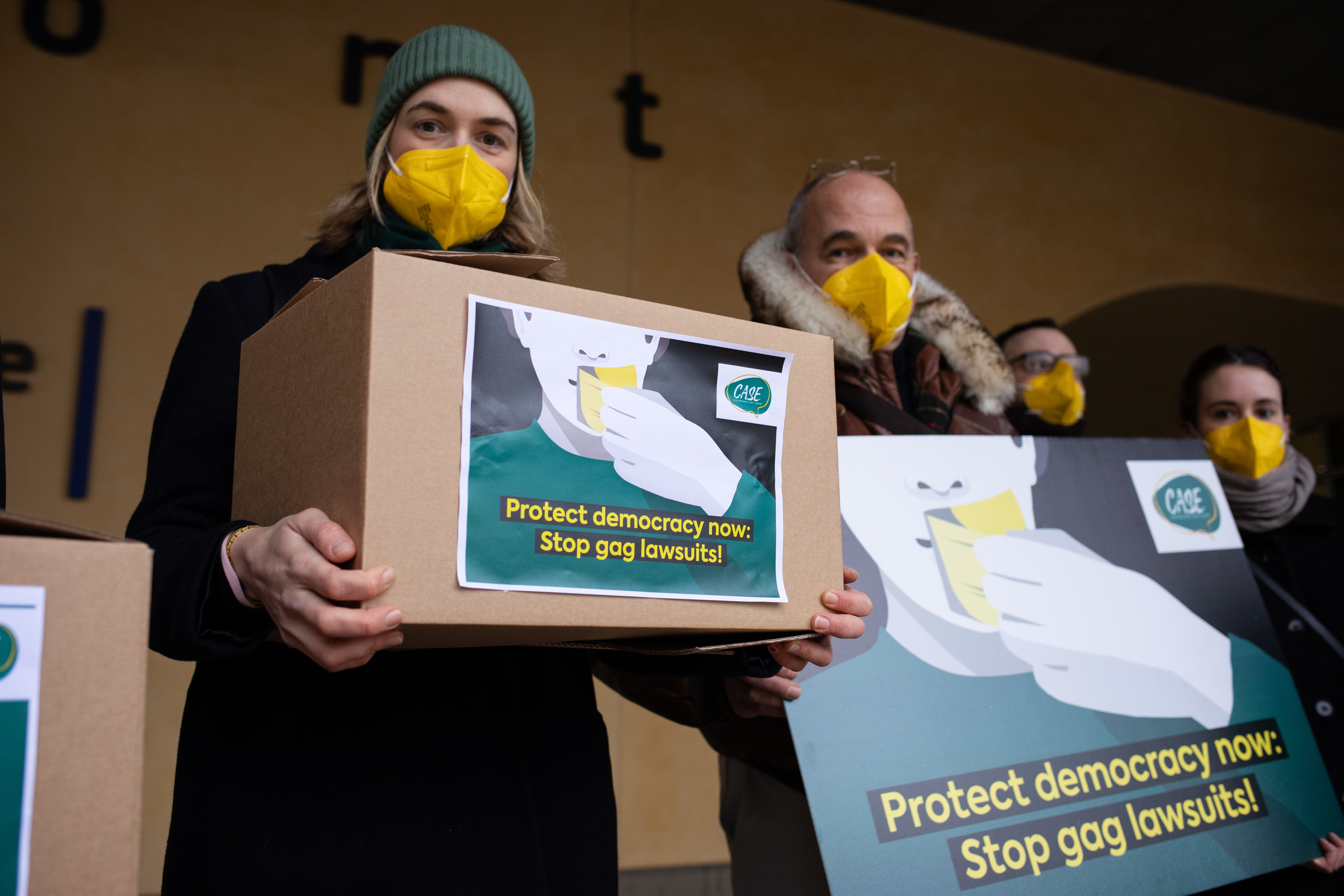