European companies have paid inflation-busting dividends to their shareholders this summer while workers struggling to cope with the cost of living crisis are told they can’t have a decent pay rise, new figures reveal.

The value of payouts to shareholders increased by 28.6% in Europe during the second quarter of this year, according to the newly-published Janus Henderson Global Dividend Index.

That’s more than seven times faster than the rate at which wages are rising across the European Union:

The figures show again how excessive corporate profits – not wages – are driving inflation, as stated by the European Central Bank.

The gap between the rates at which dividends and wages are being paid is also contributing to the share of GDP received by workers – rather than CEOs or shareholders – falling across Europe.

At the same time, corporations are failing to invest for the future with private investment still behind pre-pandemic levels.

That’s why the ETUC is calling on European governments to put in place a watertight tax on excess profits, measures to curb dividends and to back collective bargaining as the best way for workers to earn a fair share.

“These figures will be difficult to believe for millions of working people struggling with the cost of living crisis. It’s clear that, once again, there’s one rule for the rich and another for the poor.

“Workers are being told this isn’t the time for a pay rise while shareholders are popping the champagne corks to celebrate inflation-busting payouts.

“It’s a double insult because corporations are failing to give workers a decent pay rise while devaluing their existing wages further by driving inflation.

“It’s time to end this scam. We need a tax on the excess profits and fair pay rises for workers.”

*Janus Henderson include Norway and Switzerland, but not the UK, as part of Europe in their study

The ECB has said: “Many firms have been able to expand their unit profits in an environment of global excess demand despite rising energy prices” and “on average, profits have recently been a key contributor to total domestic inflation, above their historical contribution.” 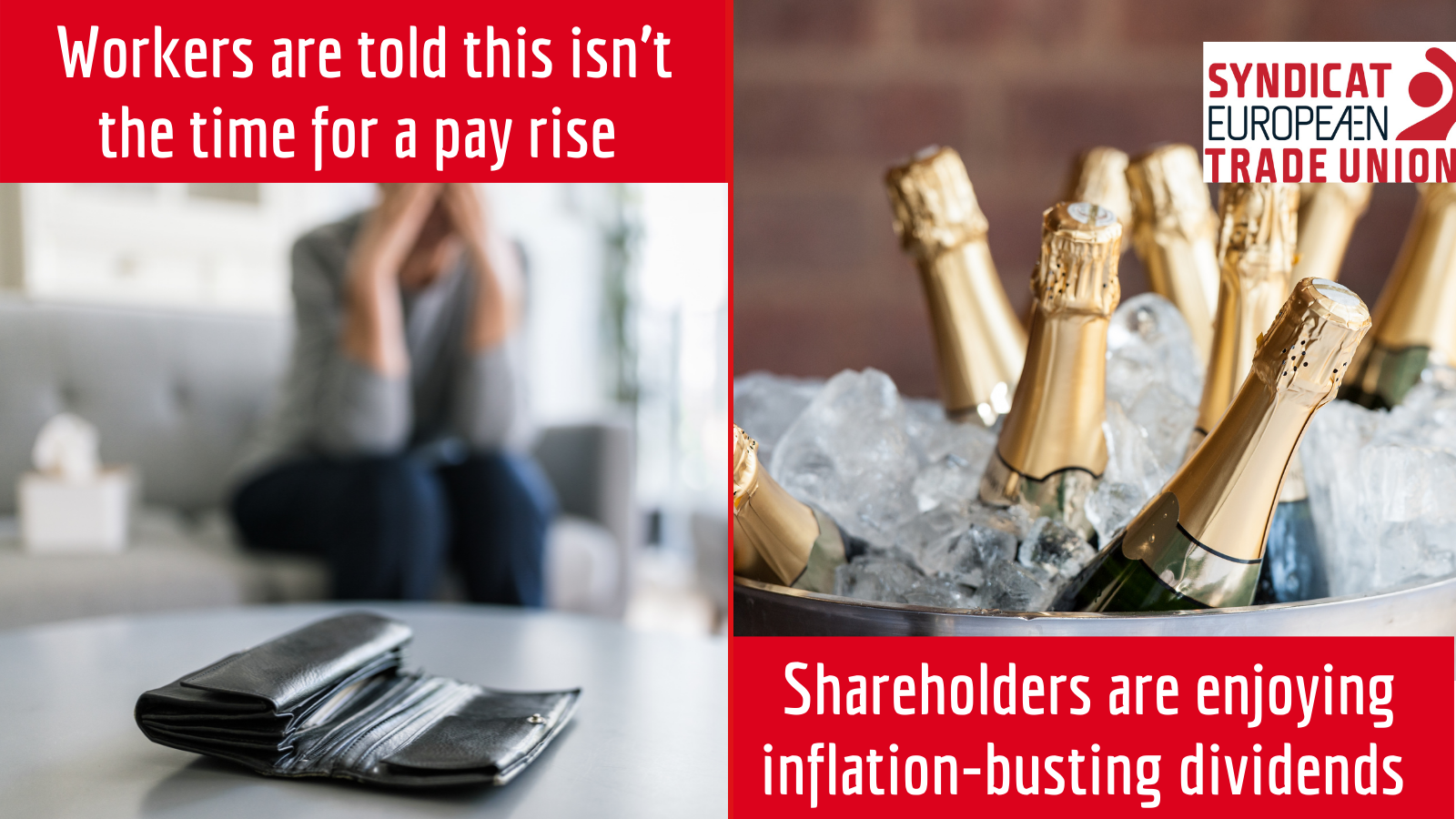