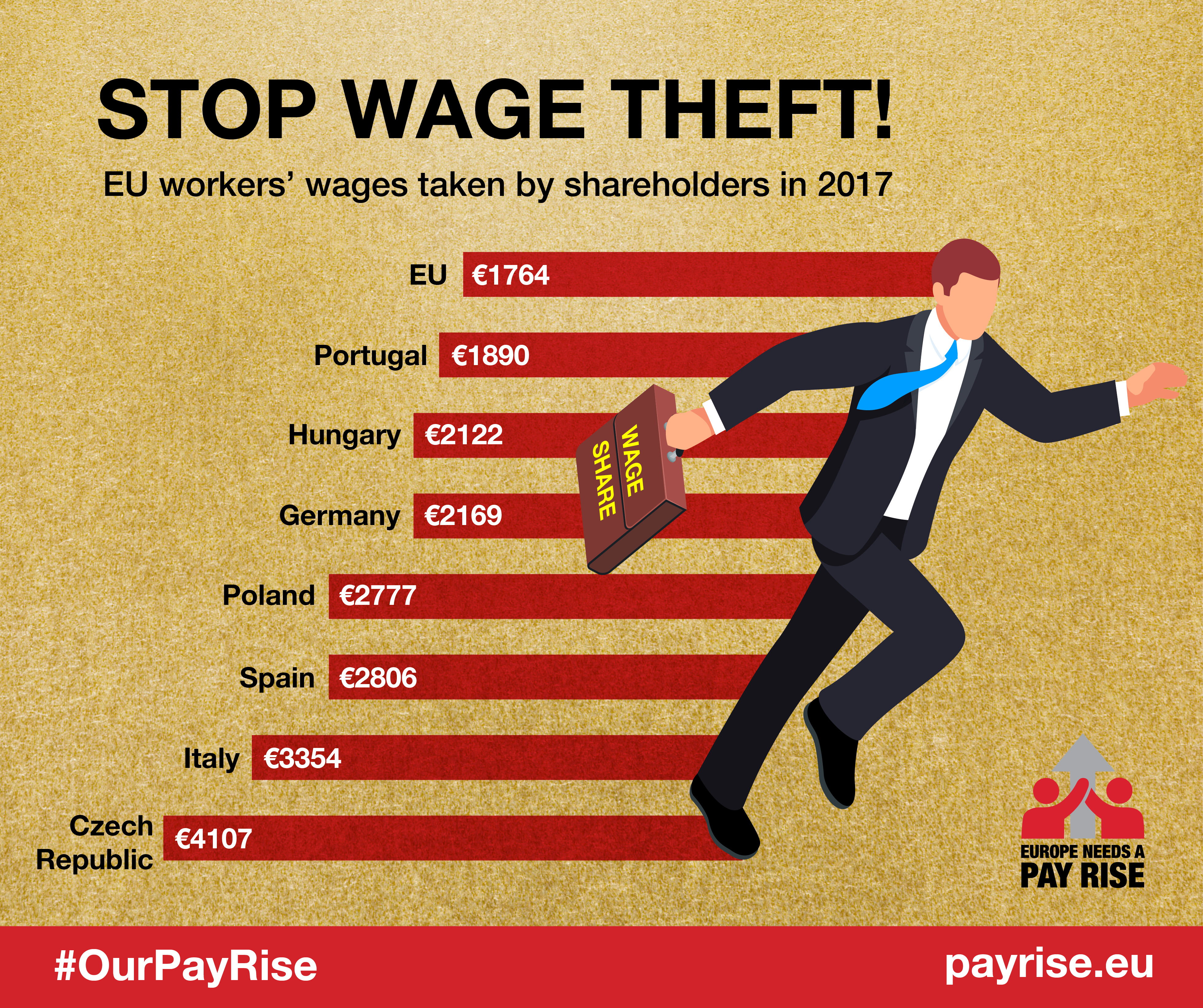 The European Trade Union Confederation (ETUC) has calculated that if the proportion of GDP made up by wages were the same as in the early 1990s working people in the EU would have earned an extra €1764 in 2017 alone!

The ETUC has not calculated the total amount of lost wages since the early-1990s, but the figure would be very substantial.

“This is wage theft,” says Esther Lynch, Confederal Secretary of the ETUC. “The wealthy are getting richer at the expense of people who depend on wages for their living. Companies are keeping a bigger proportion of revenue, as profits, at the expense of wages. It would not be so bad if profits were reinvested in the business and training for the workforce, but investment has also been declining as a proportion of GDP.

“Unions would have every right to demand an extra pay rise to compensate for the loss of a fair share of the wealth that workers have helped to generate. Questions will certainly be asked about the wage share in different sectors as well as in individual companies.

“Europe needs pay rises to reduce inequality and drive economic growth. While the wealthy put money in the bank, working people spend their wages on goods and services which benefits business and creates jobs.

“Politicians and economists are often worrying about wage costs – but the real problem for at least the last 25 years has been capital costs: the amount paid out to shareholders. The answer is renewed collective bargaining to get fairer wages.”