Almost a  quarter of member states provided little or no income support for self-employed or precarious workers during the Covid crisis – despite the EU making funds available for such support.

Income and job support measures, delivered with the help of the EU’s €100 million SURE scheme, supported 42 million workers at the height of the crisis in May.

The European Commission stated explicitly that the emergency loans “will help Member States to cover the costs directly related to the financing of national short-time work schemes, and other similar measures…in particular for the self-employed.”

But non-standard workers were left without sufficient support in six member states:

Bulgaria, Croatia, Cyprus: Did not include support for self-employed in application for SURE funds.

Germany: Temporary employed and self-employed have neither access to short-time-work benefits, nor to unemployment benefits.

Hungary: Allowances only for self-employed in the restaurant and tourism sector.

The information was gathered from the ETUC’s national affiliates and is included in a new briefing on measures taken to protect jobs and incomes during the pandemic.

The ETUC and European employers associations have sent a joint letter to  EU finance ministers and the European Commission to call for the loopholes in support for non-standard workers to be closed.

“Millions of jobs have been saved during the pandemic thanks to short-time work schemes won by trade unions, but too many workers are still falling through the gaps left in support.

“Many self-employed and precarious workers have been left with little or no financial support this year, which is completely unnecessary when the EU has offered member states money specifically to help these workers.

“These gaps in support have contributed to EU unemployment increasing by 2 million in the past year, with young people and women the worst affected.

“Short-time work schemes must be extended until there’s a real economic recovery, not only in duration but also in scope so that they cover self-employed and precarious workers in all countries.” 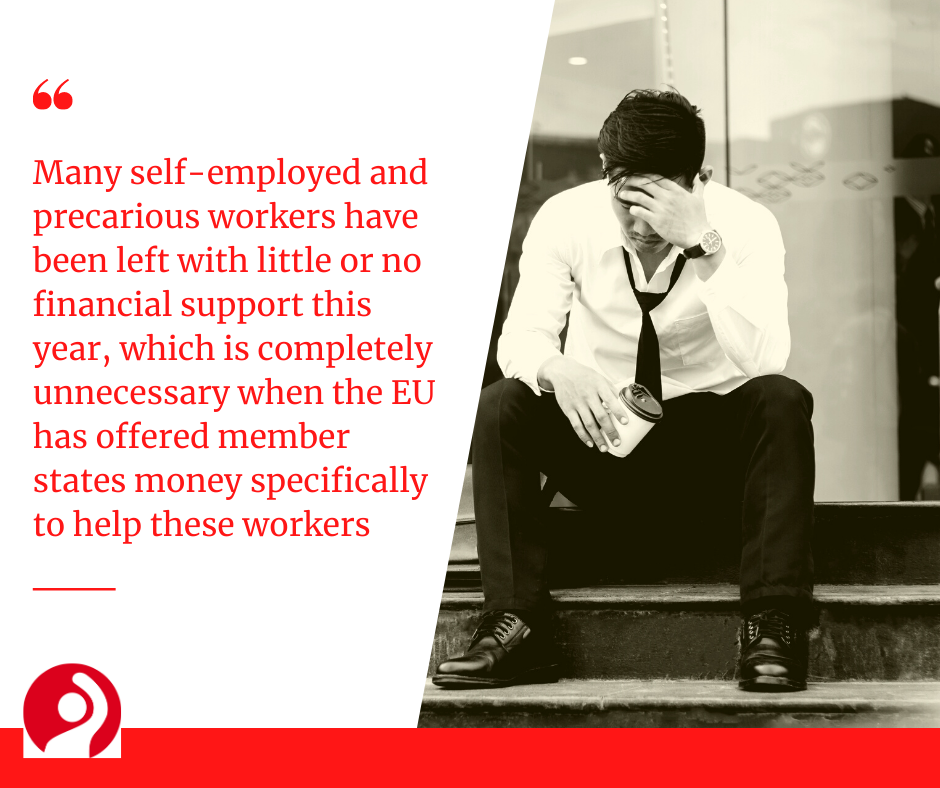