The European Parliament has now recognised the need for a ‘right to disconnect’ and called for EU action to make that right a reality for working people in the EU.

ETUC Deputy General Secretary Esther Lynch said “We now expect the European Commission to come forward with legislation so that working people can enforce their right to disconnect from work outside working hours.

“COVID restrictions have forced millions of people to work from home, which can blur the line between professional and personal time – and makes the need for an enforceable  right to disconnect more urgent. It is clear to the ETUC that after COVID far more people will work from home than before the pandemic.

“The Parliament’s report is helpful apart from that that ill-judged  amendment,” added ETUC Confederal Secretary Isabelle Schömann. “The report paves the way for EU legislation, calls for minimum legal standards for remote work and enables action to protect workers’ mental health, well-being and private and family life. We look forward to working with the European Commission and MEPs as soon as possible on an much needed EU Directive on the right to disconnect to deliver better protection for workers in all sectors.” 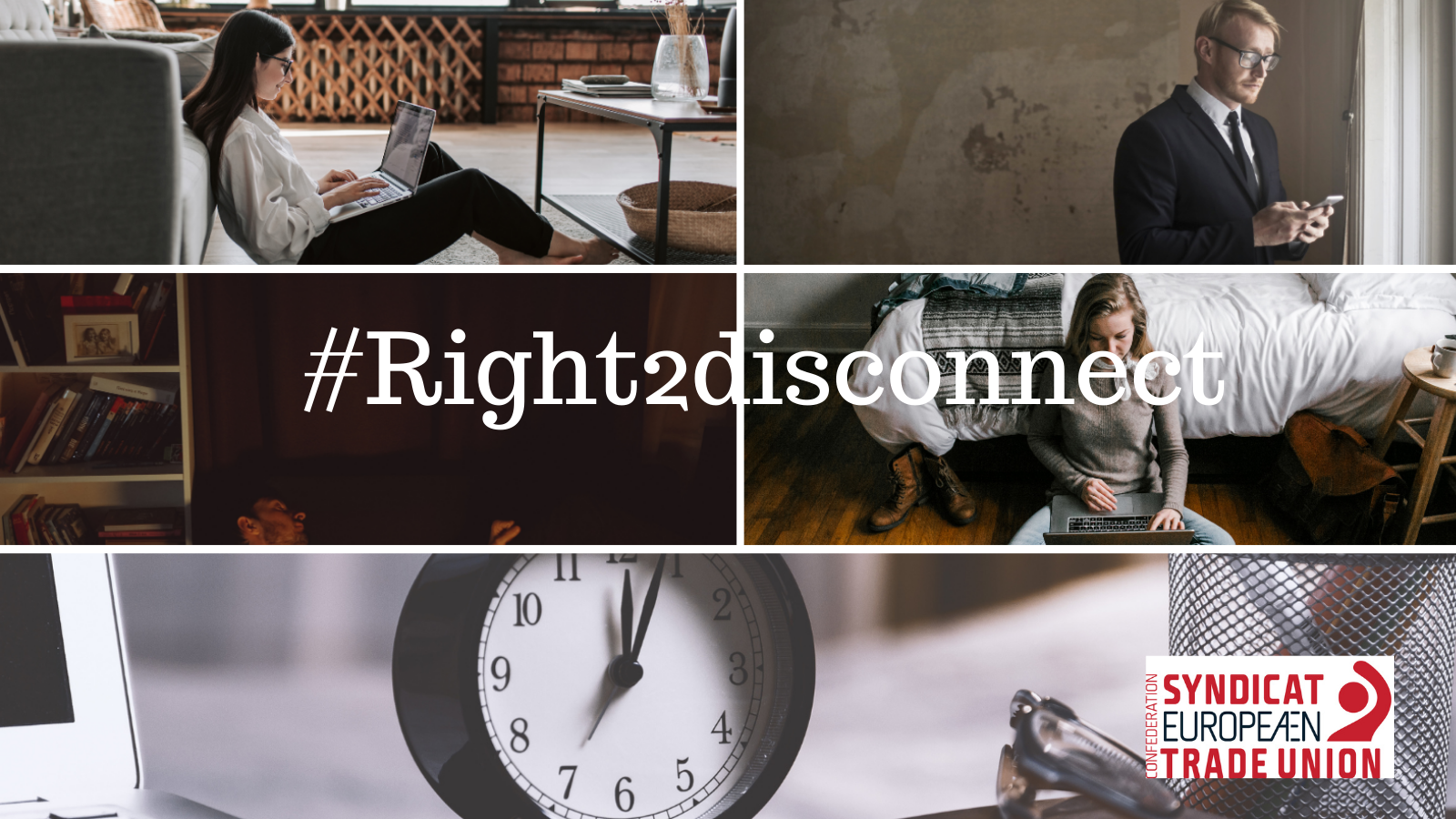