Workers in 11 central and eastern EU countries are paid up to €944 less per month than workers in Germany when costs of living are taken into account, according to a study published today by the European Trade Union Institute (ETUI).

Shockingly, the difference in net monthly wages, when adjusted for the composition of the workforce and structure of the economy, is larger than when only costs of living are considered.

Workers are paid even less – up to €1058 less - than workers in Germany when factors including the age and education of the workforce, and the sectors and occupations that the workforce are in, are also taken into account.

Workers in Romania are the worst paid, followed by workers from Bulgaria, Hungary, Latvia and Croatia.

“There is a wage penalty for working in central and eastern Europe” said Esther Lynch, ETUC Confederal Secretary. “The pay gap cannot be explained by differences in costs of living or by differences in the workforce – on the contrary, the pay gap gets bigger when you take these into account.

“Workers in these countries urgently need and deserve above inflation pay rises. The EU and national Governments must encourage wage growth in these countries, and create legal frameworks to promote collective bargaining, including at sectoral level.

“Workers in north-west Europe are better paid because there is a fairer and more transparent system for setting wages, involving trade unions and negotiations with employers. That’s a key ingredient of the prosperity and industrial success of Germany, Austria, the Netherlands and the Nordic countries.”

The study also found large pay differences between central/eastern Europe and western Europe in the manufacturing; construction; public and finance sectors, and in professional, scientific and technical jobs. Smaller differences were found in the (low-paid) food, accommodation and retail sectors, and in administrative and support jobs.

The study “What drives wage gaps in Europe?” is by Jan Drahokoupil and Agnieszka Piasna, and is published today by the European Trade Union Institute. The study can be found at https://www.etui.org/Publications2/Working-Papers/What-drives-wage-gaps-in-Europe. The figures quoted in this press release are to be found in Figure 2 on page 13 of the study. 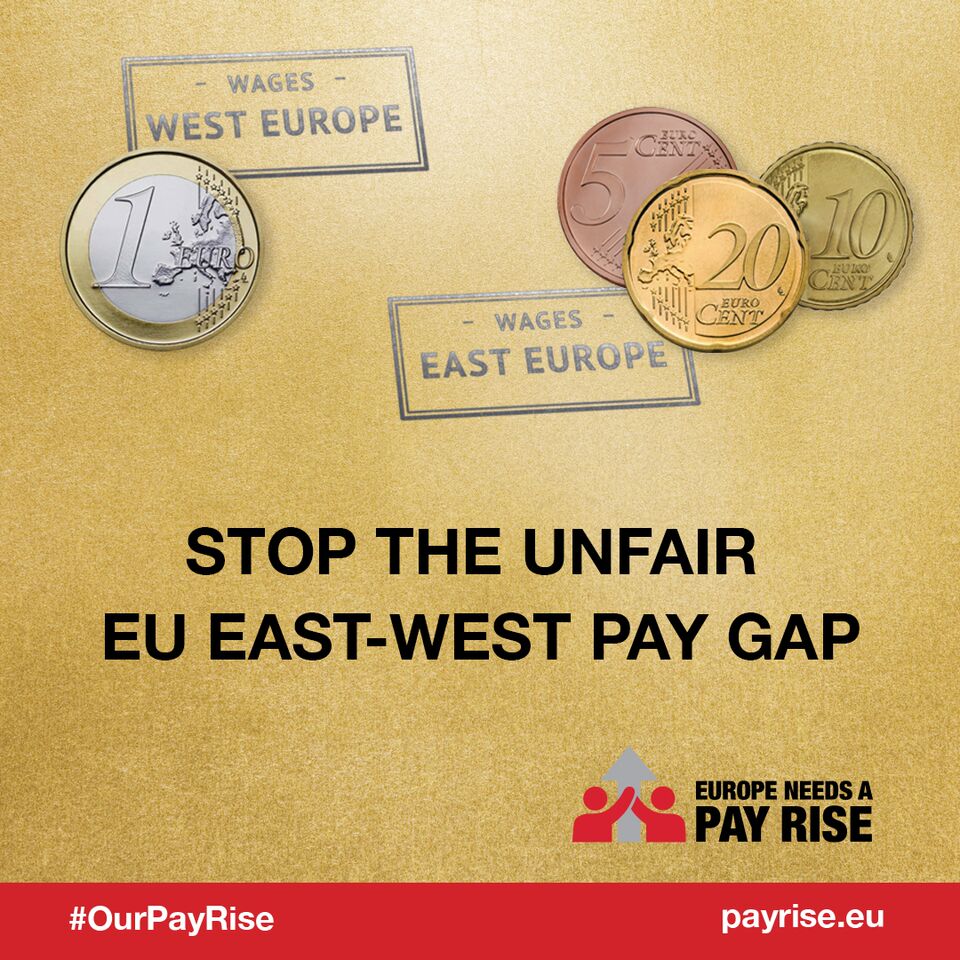