Will an “EU Services Card” (previously known as ‘Services Passport’) be included in an ‘Internal Market Package’, due to be unveiled by the European Commission next week?

The idea is supposed make it easier for businesses to provide services across borders, but is opposed by trade unions and employers.

“The EU Services Card will remove the duty on employers to prove that posted workers’ wages and contributions are being properly paid” said Thiébaut Weber, Confederal Secretary of the European Trade Union Confederation (ETUC) “undermining the legislation protecting Posted Workers.”

“Trade unions strongly supported President Juncker in rejecting the ‘yellow card’ against the Revision of the Posted Workers Directive, and for the same reason we believe this proposal should be shown a straight red card.”

“The EU Services card will limit labour inspections and run counter to all our efforts to improve working conditions” said Oliver Roethig, Regional Secretary of services trade union UniEuropa. “It is an attempt to introduce a Bolkenstein (Services) directive in miniature through the backdoor. The proposal failed in 2006 and will fail again. We need a fair internal market for services, not more social dumping.”

In addition to general opposition to the proposal, there are very specific concerns about the construction industry, which is targeted as a priority sector for the “EU Service Cards” scheme.

The European Construction Industry Federation (FIEC) and the European Federation of Building and Woodworkers (EFBWW) agree that “the proposed ‘EU Services card’ does not meet the needs of the construction sector” and “is likely to generate additional problems, facilitate cross-border abuse and disrupt the efficiency of the daily work of labour inspectorates” – and have written to President Juncker setting out their opposition and urging him to “refrain” from imposing this on them.

“The construction sector has a huge problem with fraudulent companies flouting regulations” said Dietmar Schäfers, President of the EFBWW. “The construction industry is already highly competitive. Decent employers suffer unfair competition from rogue traders who do not pay their workers properly and cut corners with health and safety”, said Sam Hägglund, General Secretary of the EFBWW.

Similarly, UNI Europa and insurance employers organisations Insurance Europe, the Association of Mutual Insurers and Insurance Cooperatives in Europe (AMICE), and the European Federation of Insurance Intermediaries (BIPAR) wrote to President Juncker criticising the service card and strongly urging the Commission to exclude their sector from the scope of the directive. 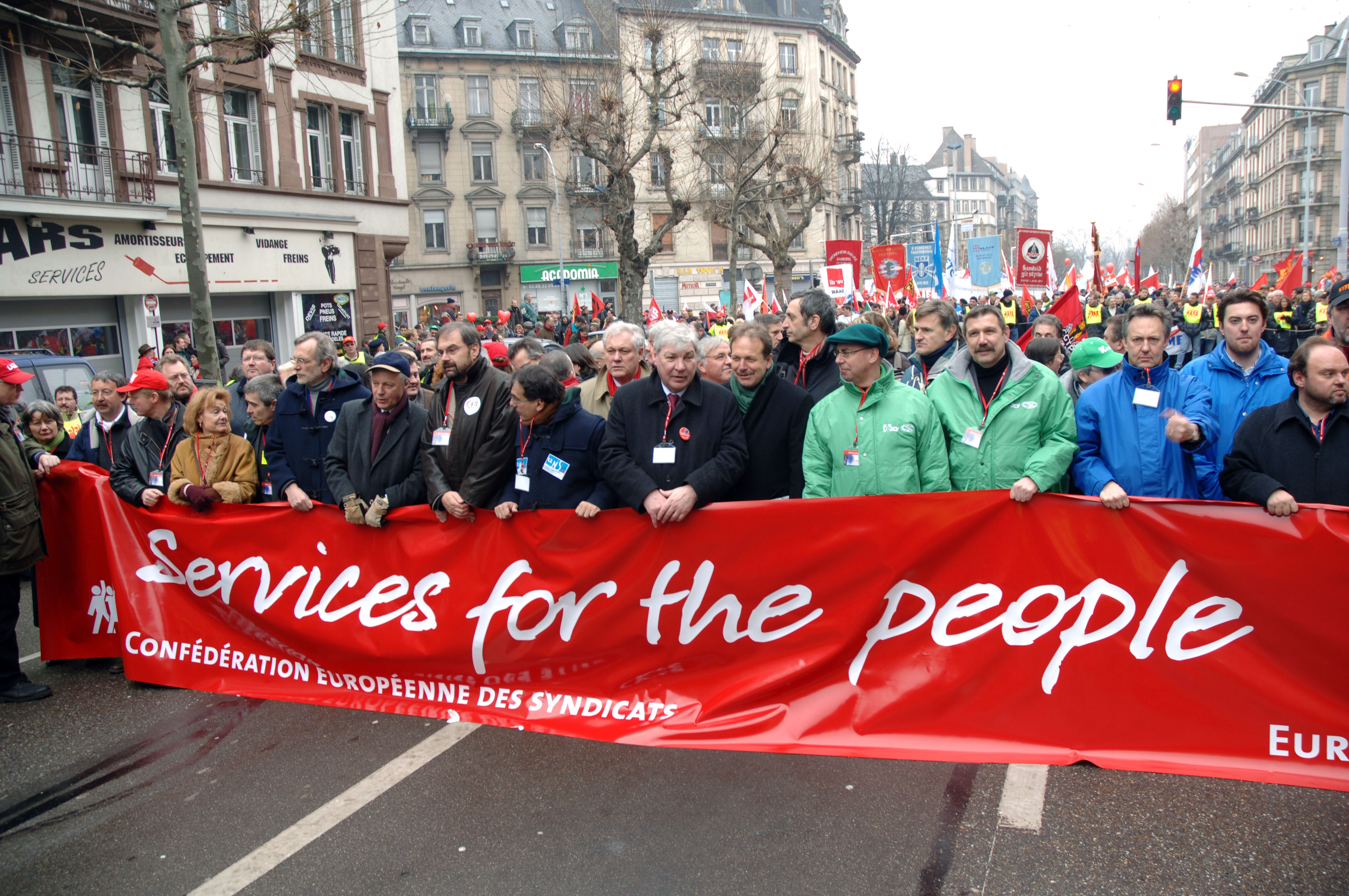