Delivery riders, taxi drivers and online workers are among millions of workers who could benefit from secure contracts, minimum wages and paid holiday under Commission proposals to end fake self-employment.

Until now, platform companies have exploited legal loopholes to maximise their profits by categorising all workers as self-employed. Individual workers and their unions have had to take companies to court to prove their status as employees but platforms continued to deny basic legal rights.

The ETUC understands that the directive on platform work to be presented on Thursday will close this loophole through a presumption that an employment status applies in digital labour platforms. It will therefore also protect the rights of workers who are genuinely self-employed to remain so (and prevent platform companies from imposing further subordination in the contractual relationship).

The labour ministers of Germany, Spain, Italy, Portugal and Belgium, as well as senior MEPs, supported the ETUC’s call on the Commission to end false self-employment with an initiative that should target all digital labour platforms.

ETUC’s key tests for the directive include:

- The algorithm’s used to allocate jobs should no longer be a black box: they should be open to public scrutiny to assess the employment status if platforms want to challenge the presumption and be subject to information and consultation with trade unions.

- The Directive should target all digital labour platforms and not restrict the presumption to platforms who would meet criteria of subordination on paper. This would only give indications to existing and arriving platforms on how to continue avoiding respecting the rules and take away from genuine self employed part of their independence.

- Workers should have the same rights wherever they are at home, in warehouse, in a car or on a bike. There should be no distinction between workers for ‘on-location’ platforms like Uber and ‘online’ platforms like Amazon Mechanical Turk.

“For too long platform companies have made huge profits by dodging their most basic obligations as employers at the expense of workers while peddling the lie that they provided choice to workers.

“The Commission’s proposal should finally give workers real certainty about their employment status. At least a minimum wage, paid holidays and sick leave will be received by all those who are employees, while there will be more independence from the platforms for genuinely self-employed people. This Directive should offer legal certainty to working people and signal the end of the free for all for Uber, Deliveroo and Amazon, among others.”

“The Parliament and Council must ensure negotiations on the directive take place quickly to ensure workers can start benefiting from their rights as soon as possible. The best thing platform companies can do now is to get round the table with trade unions like all other responsible employers.” 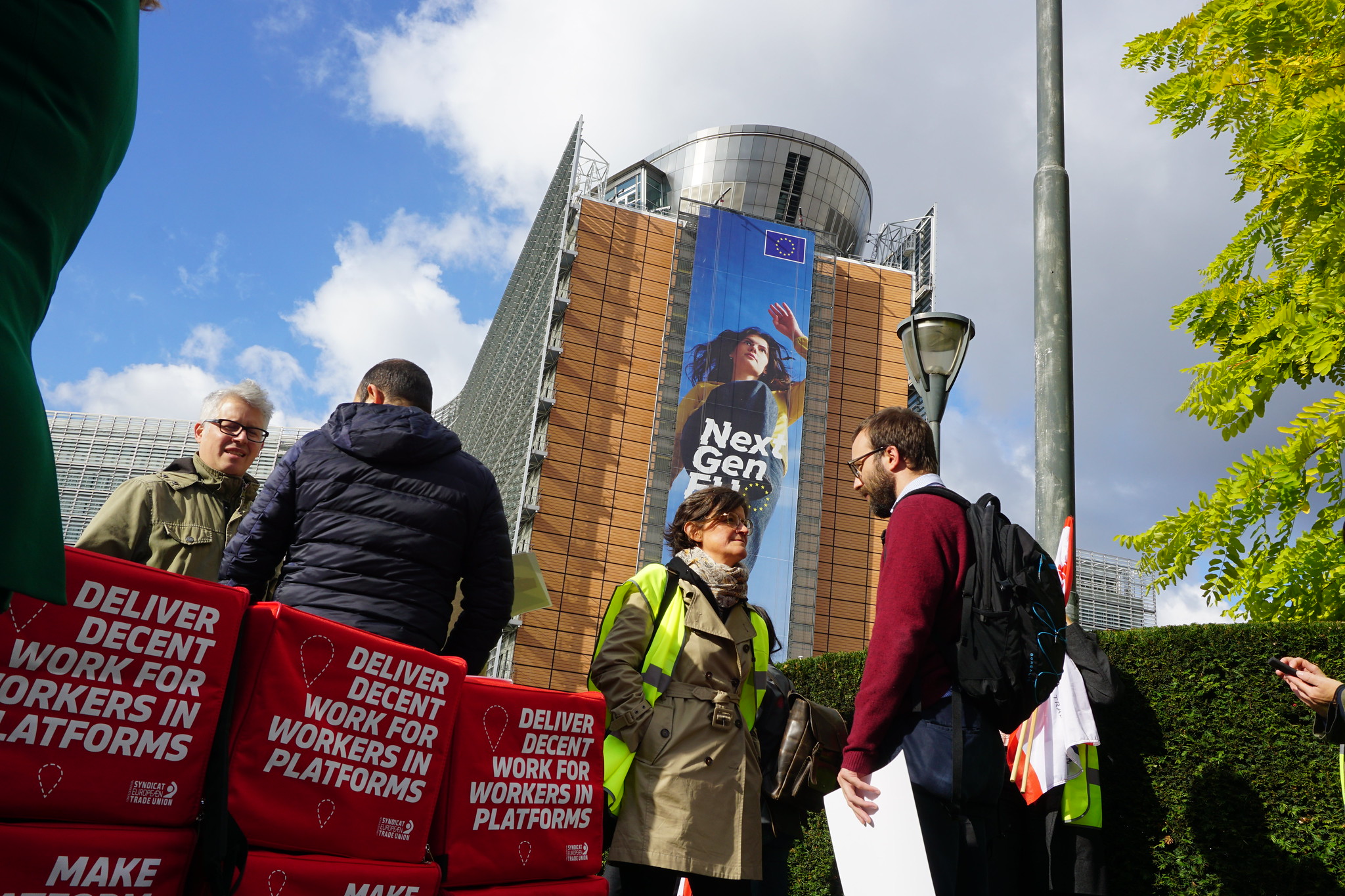