It is standard economic theory that wage increases should follow productivity increases. But in Europe productivity has increased far more than wages.

In Austria productivity increased 65% more than wages, 60% in Spain, 30% in the Netherlands.

In Hungary, Romania, Portugal and Greece real wages went down in the last 16 years, while productivity increased.

“Wage increases have been lagging behind for years” said Esther Lynch, Confederal Secretary of the European Trade Union Confederation (ETUC). “Working people are not getting a fair share of the value of their work.”

“The wide gap between productivity increases and wage increases provides solid proof of the need for pay rises for working people across the EU.”

“Fair collective bargaining needs to take place between trade unions and employers across Europe to achieve decent and sensible pay rises. Governments and EU institutions should be doing all they can to enable and encourage collective wage negotiations.”

2016 are the last year that wage statistics are available. There have been wage increases since, including some substantial settlements in Germany, but that fact remains that productivity has far outstripped wages this century.

For more information, please read the ETUI blog: The increasing gap between wages and productivity: it’s time to act! 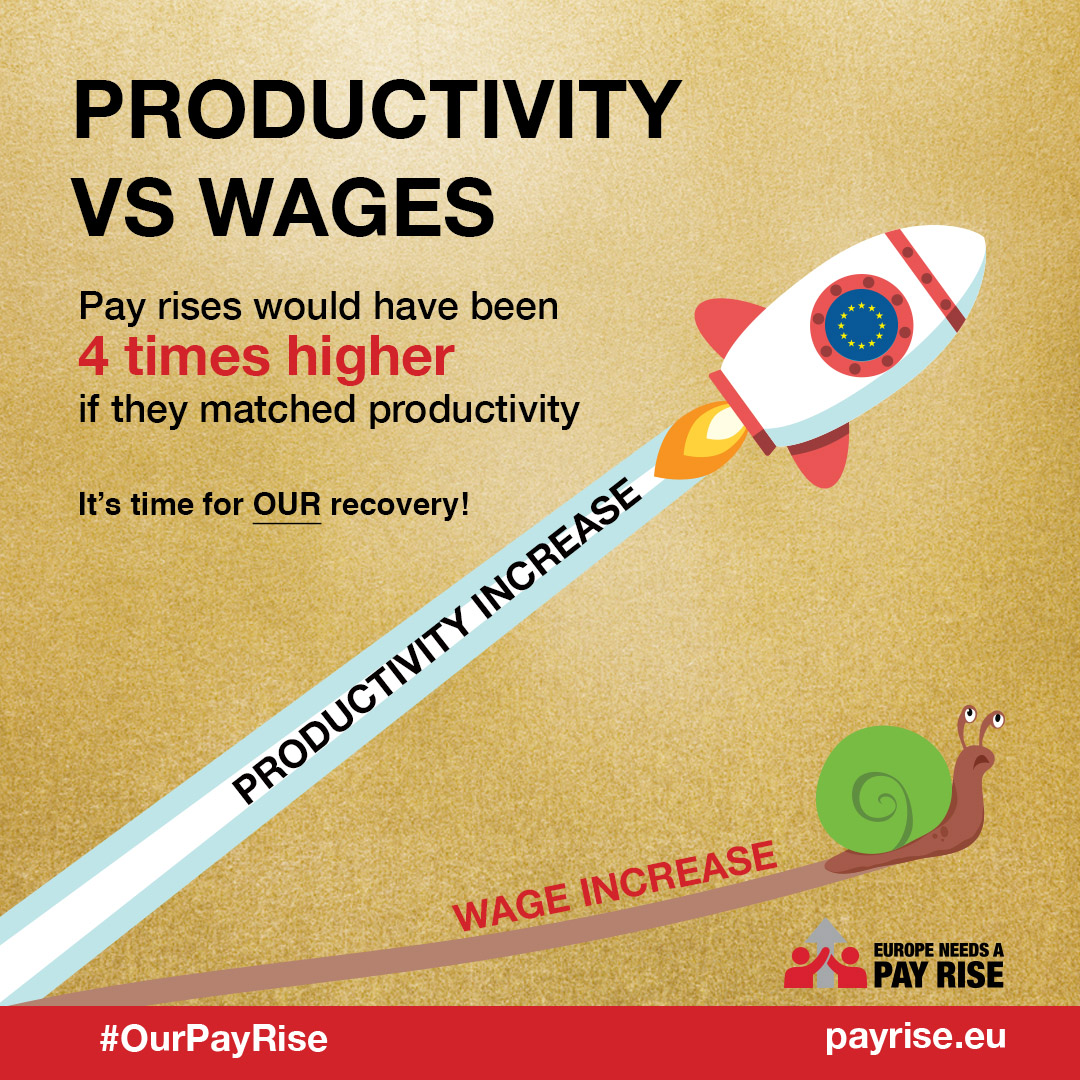