No to walls, No to Italy outside Schengen, Yes to free movement of people

The European Trade Union Confederation, which represents 45 million workers and 90 trade union organizations across Europe, through its General Secretary Luca Visentini, “appeals to the President of the Republic Sergio Mattarella and to the President of the Council Giuseppe Conte to put an end to the propaganda speculation by Minister Salvini about sealing the border between Italy and Slovenia and erecting physical barriers to stop migrants. "

"The majority of migrants who reach Italy through the Balkan route, in most cases to move to other countries, are asylum seekers fleeing war, persecution and totalitarian regimes. There is therefore an obligation to register and protect them, to reach redistribution agreements with other European countries, including those of the Visegrad who, great friends of the Minister, have so far refused to accept a single refugee."

"Suspending the Schengen agreement on the free movement of people without checking documents is possible" - continues Visentini - "but must be motivated by exceptional circumstances, that are not occurring on this border. A Schengen suspension would not lead to any solution in the case of asylum seekers, who are already being checked by the border police, who are currently doing a great job and are, if anything, short on personnel and resources, as the Police trade unions have rightly pointed out."

"Minister Salvini has not proposed a temporary suspension of Schengen, but the in reality the exit of Italy from this treaty. The consequence of this choice would be the isolation of Italy from Europe, since the borders to be sealed would also be those with Austria, Switzerland and France, as well as maritime ones. This would produce devastating economic effects: blocking business and of over ten thousand frontier workers in the shipbuilding, metalworking, construction, trade, tourism, transport, health and domestic work sectors."

"We would also like to remind Minister Salvini" - concludes Visentini, who was born and lived in Friuli Venezia Giulia before moving to Brussels - "the history of these lands, which welcomed tens of thousands of refugees who fled Tito's Yugoslavia after the second world war, and hundreds of thousands of refugees from the wars of the former Yugoslavia in the 1990s of the last century. These lands have been battered by wars, persecution and ethnic conflicts, and the fall of the walls and the opening of the borders thanks to the European Union have allowed us to restore peace and coexistence. " 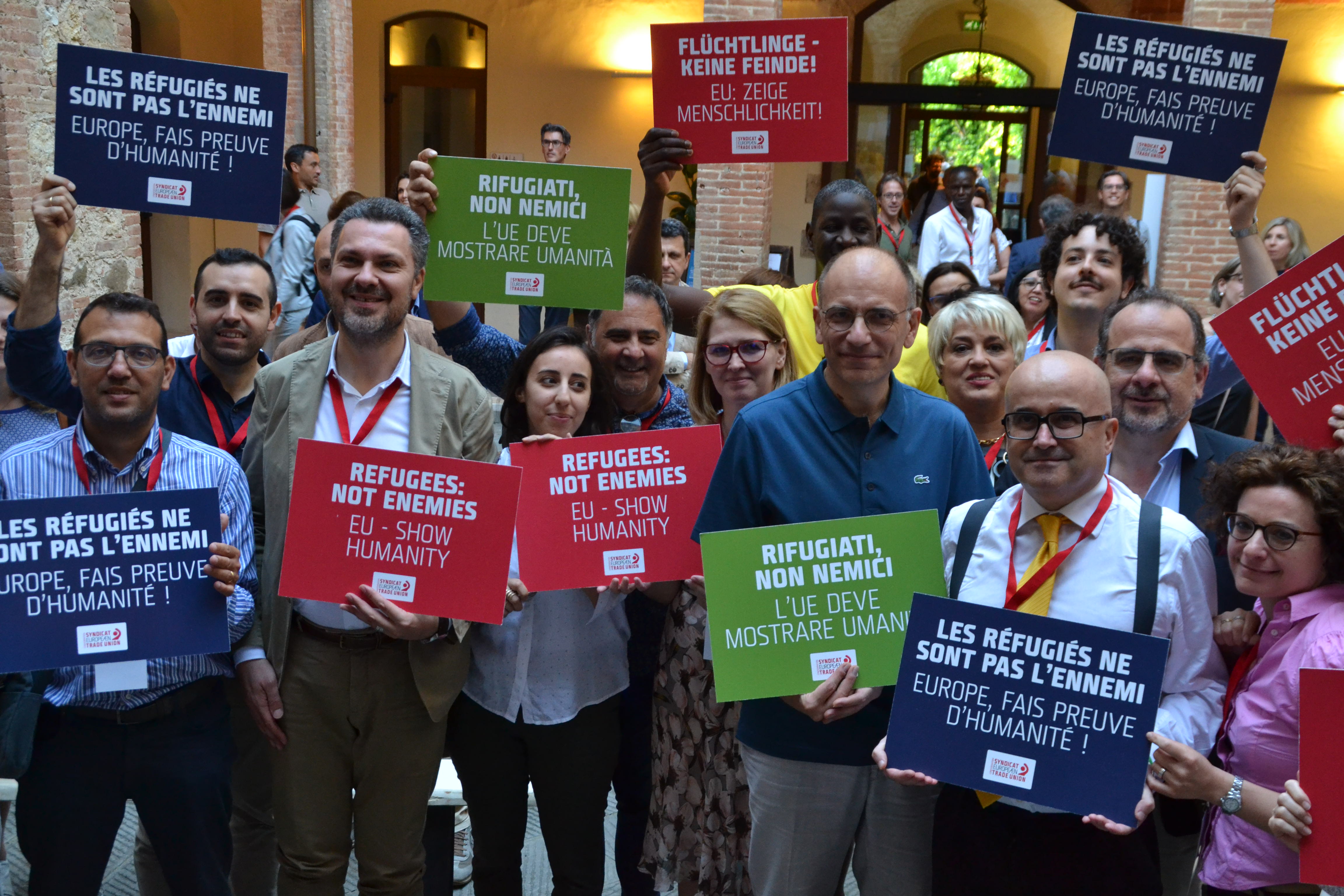