No to another missed chance

The final trilogue text of the new Framework Directive on Insolvency* comes as a great disappointment to the ETUC. Once again, European legislators have missed an opportunity to improve European-wide workers' participation rights in restructuring and insolvency procedures.

The ETUC had asked the legislators to ensure the participation of worker representatives, workers’ information and consultation rights, and to make workers preferential creditors in the restructuring and insolvency procedure. As it stands now, most of the rules refer to national legislation. Countries can therefore continue to compete on lowest standards.

“It is high time for More Democracy at Work, and the European Commission and the Council – in the run-up to the European elections – should think twice about once again presenting working people with an empty box from Brussels,” commented Peter Scherrer, ETUC Deputy General Secretary.

The European Parliament incorporated some of ETUC's key demands, but the final trilogue text leaves wide scope to Member States, which could significantly weaken workers’ position in a preventive restructuring framework.

One of our demands was to put in place a creditors’ committee with the participation of workers’ representatives, to monitor the operation of the business and the office of the practitioner in restructuring, but this idea did not make its way into the final text.

An article on workers has been included, but it does little more than reiterate the status quo. However the final text offers good protection for workers' outstanding claims and wages and aims to guarantee full national labour law protection. Member States can choose to introduce a right for creditors or workers’ representatives to initiate a restructuring procedure, but the final text does not contain a general right to do so. 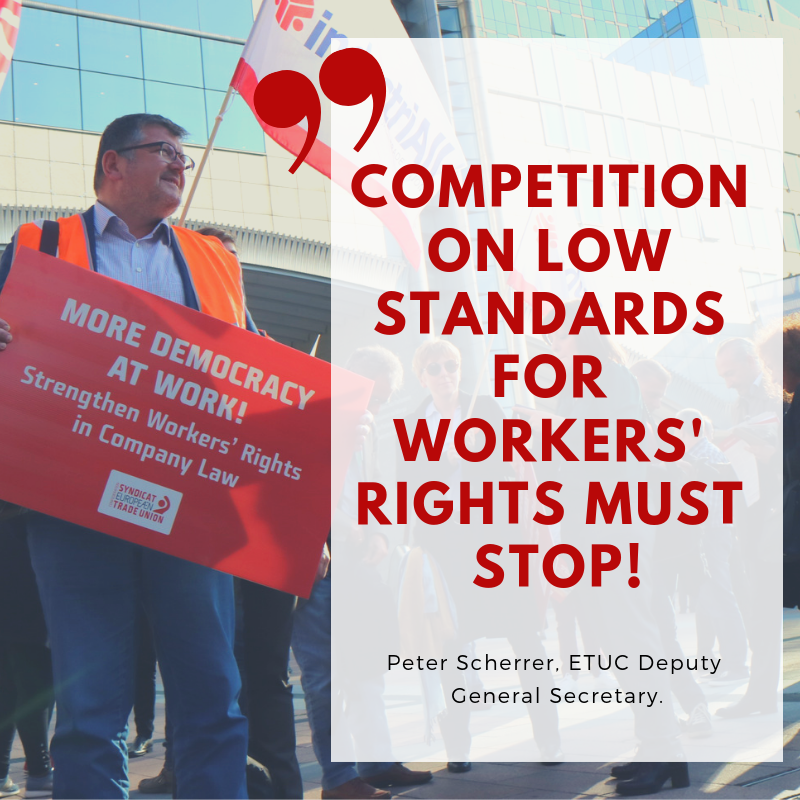