Three rulings in three countries on the rights of delivery riders shows why EU action is needed to end the scandal of platforms not accepting their responsibilities as employers.

A court in Spain found over 700 Deliveroo workers were falsely self-employed, an Italian court found the platform discriminated against riders who take sick leave and the Belgian government found Uber’s working conditions were incompatible with self-employment.

The European Commission is scheduled to launch a consultation on “improving the working conditions of platform workers” on February 24 but these decisions show why workers need action not merely more talk:

“National courts and governments consistently find that platform companies are flouting the rights of workers to proper pay and working conditions.

“While these judgements create important legal precedent, they only deliver justice for individuals or small groups of workers and leave companies at liberty to continue exploiting millions more.

“That’s why we urgently need the European Commission to bring forward an initiative that will finally put an end in every member state to the abuse of workers by platforms through false self-employment.”

(update: 13/01/2021) The Administrative committee on work relations issued a decision on an Uber driver’s working conditions, stating that they are incompatible with a self-employed status. The Uber driver in question filed his complaint in July 2020 with the support of the CSC United Freelancers. The committee analysed the legal framework in which the Uber driver carries out his activities and stated that there are reasons to consider that both Uber and BPRA (the Belgian Platform Rider Association) are this driver’s employers. CSC United Freelancers now expects Uber to comply with this decision and employ the driver and calls on platforms to give their workers a status that mirrors their actual working conditions.

Italy: The Court of Bologna condemns Deliveroo’s algorithm for discrimination

On 31 December 2020, the Court of Bologna ruled in favour of the complaint brought by CGIL’s Bologna sections of FILCAMS, NIDIL and FILT. According to the complaint, Deliveroo’s algorithm, Frank, discriminated workers’ and restricted their access to working slots following absences for strike, or for health or care reasons. The judge ruled completely in favour of CGIL’s position despite Deliveroo’s hastily modifying the algorithm few days ahead of the ruling. In a circular, CGIL underlines the most significant aspects of the Court’s ruling. These include the fact that the platform is not necessarily blind to the reasons why a worker skips a slot. When the platform is blind, this is a deliberate choice it makes. CGIL considers the ruling and the 50 000 euro fine to Deliveroo as an important result and underlines the importance and effectiveness of taking legal action against digital labour platforms.

Deliveroo is to pay 1.3 million euros in social contributions following a Barcelona Court ruling establishing that 748 Deliveroo’s riders are false self-employed. Deliveroo will appeal the decision, but the ruling carries several references to similar decisions by other courts, including the Supreme Court. Among the elements considered by the judge to reach his decision there is the way shifts are organised. 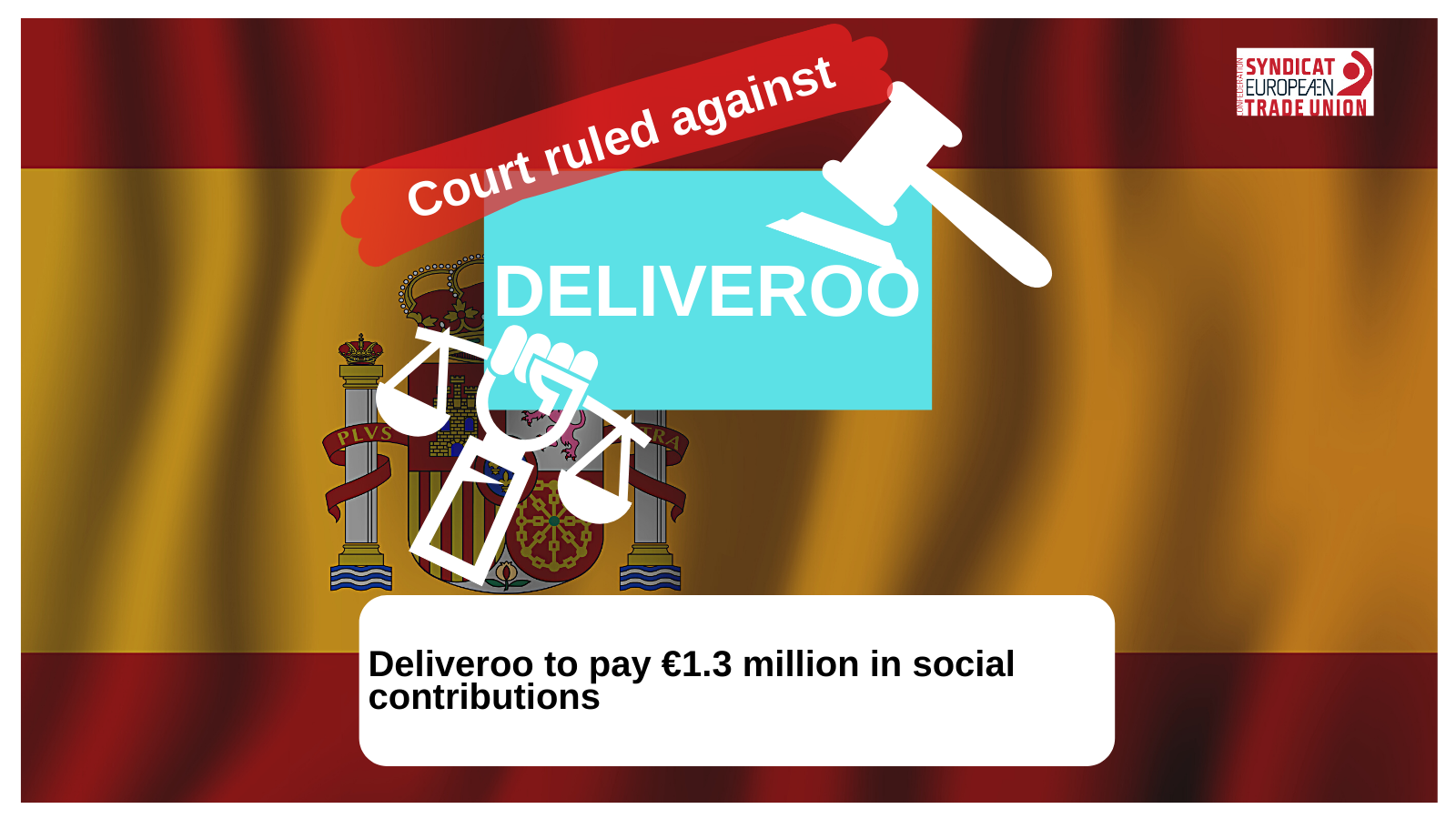