Responding to the expert panel report on breaches of labour commitments under the EU-Korea trade agreement, ETUC Deputy General Secretary Per Hilmersson said:

“South Korea has one of the worst records in the world when it comes to workers’ rights, with basic freedoms like the right to join or form a trade union limited for decades.

“Ratification of ILO conventions on the freedom of association, the right to collective bargaining and the elimination of forced and child labour were conditions of the trade agreement signed in 2011.

“A decade later, today’s expert report shows clearly that little progress has been made towards honouring those commitments. The Korean government must now agree a clear timetable to resolve the violations.

“This is a victory for trade unions which have campaigned for years to uphold the labour protections in the EU-Korea agreement. But the most important thing now is that Korea makes real progress on these issues and does not continue to drag their feet. Otherwise there is a need for remedies.

“This decade long struggle would not have been necessary if EU trade agreements included sanctions for non-compliance with labour standards. It is the weakness of enforcement of labour standards in agreements that have eroded public confidence in trade over recent years. This must be a turning point.”

The ETUC and ITUC submitted evidence to the expert panel which can be read in full here: https://trade.ec.europa.eu/doclib/docs/2021/january/tradoc_159358.pdf

South Korea is one of the lowest ranked countries in the ITUC’s Global Rights Index 2020: https://www.ituc-csi.org/IMG/pdf/ituc_globalrightsindex_2020_en.pdf 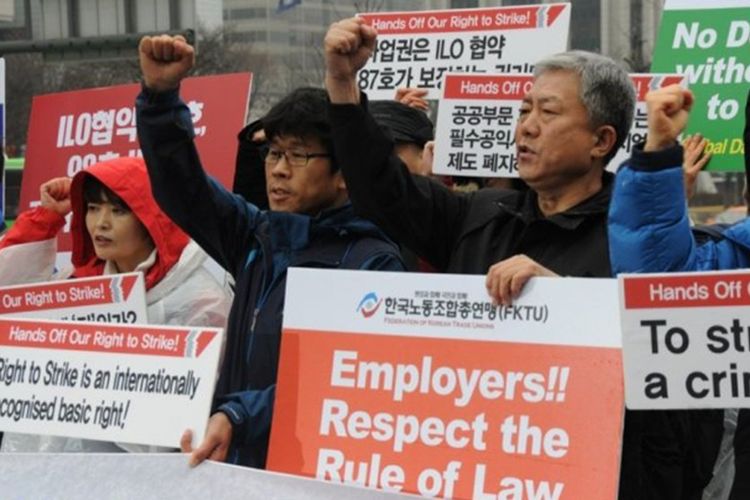