Greece represents an opportunity for all Europe

“The situation in Greece represents an opportunity not only for Greece but for all Europe.  It is an opportunity to re-evaluate the economic and social policies pursued since the crisis, and to take a new path.

“Austerity and structural reforms have not solved the problems facing Greece, and other countries. On the contrary they have added new problems, without solving the old ones.  Citizens have been made to pay  a very high price, but tax collection and corruption have not improved.”

“Only investment at the sort of level proposed by the ETUC – 2% of GDP over a decade – can create the growth and jobs that are so desperately needed in Greece and throughout Europe.”

“The new Greek Government must be given time to put in place new policies. It is vital for Europe’s democracy that the Greek people’s clearly expressed wish for an end to austerity is respected.” 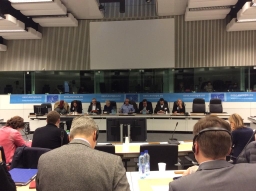