Austerity is not working, and a new path for Europe is urgently needed, European trade union leaders warned at an unprecedented union summit in Brussels today.

Real wages (wages adjusted with inflation, and not taking into account increased direct taxes) have gone down in 18 out of 28 member states countries since 2009 – 23% down in Greece, 12% in Hungary, over 6% in Spain and Portugal, over 4% in the Netherlands and UK.

The ETUC estimates that €250bn over 10 years could create 11m new jobs, and that such an investment represents just a quarter of what was spent to save the banks, and a quarter of what is lost annually through  tax evasion and fraud.

The ETUC points to the fact that

Ségol told the trade union summit “Tomorrow the European Council will discuss economic, industrial and energy policy. These policies could create growth. But they will not - because the industrial policy does not have the instruments to generate jobs, the energy policies lack ambition and the economic policies are based on austerity and deregulation: they are the wrong economic policies.” 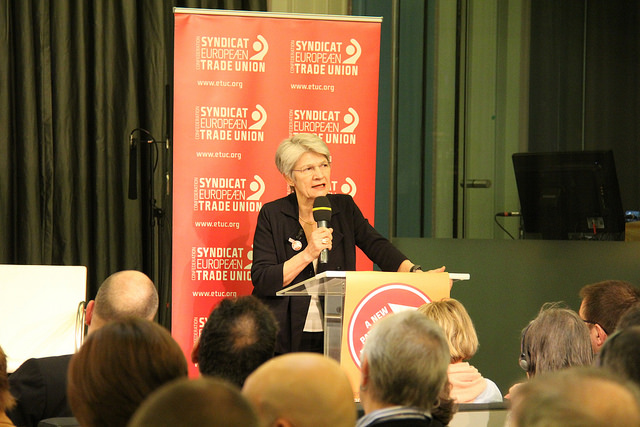