The European Trade Union Confederation (ETUC) today joined with the Hong Kong Confederation of Trade Unions (HKCTU) in its demands for democracy and social justice.  It condemned the Chinese government for breaking its commitment in the 1984 Sino-British Joint Declaration to develop democracy in Hong Kong after the handover. The Chinese National People’s Congress (NPC) had also passed a resolution in 2007 agreeing that the Hong Kong Chief Executive would be elected by universal suffrage in 2017. Despite these commitments, and against the will of the people in Hong Kong, the Chinese government now plans to gerrymander the election process by imposing a politically controlled nominations committee and setting biased loyalty tests on candidates for the elections foreseen in 2017.

ETUC General Secretary Bernadette Ségol said: “The actions of the Chinese authorities raise deep questions of trust.  They have broken a promise that the people of Hong Kong would have the opportunity to elect their Chief Executive democratically by universal suffrage.  Can we trust them to play fair in their relations with the EU? Certainly Europe must reject their demand for Market Economy Status.” 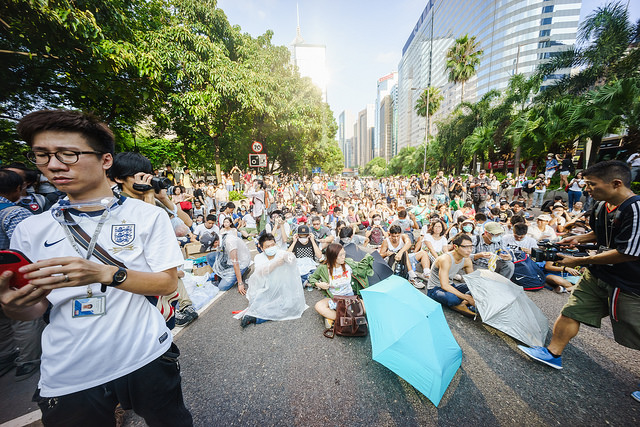