They also adopted a new Manifesto and Action Programme 2015-19 ‘for quality jobs, workers’ rights and a fair society’.

Luca Visentini is Italian, has been a member of the Italian union UIL since 1989 and worked for UIL for over 20 years until 2011 when he was elected Confederal Secretary of the ETUC.  Rudy de Leeuw is the President of Belgian trade union FGTB.

“We have come through one of the worse periods in European trade union history” said Luca Visentini.

“The mission for the next term will be to continue to resist the attacks on trade unions, and to change the negative place in which we find ourselves, to bring concrete results for our members.

“There cannot be quality employment and job creation, or high levels of welfare and social protection, without boosting the economy and restoring sustainable growth. For that we need investment and stronger negotiation powers for trade unions.”

Links to CVs and to manifesto 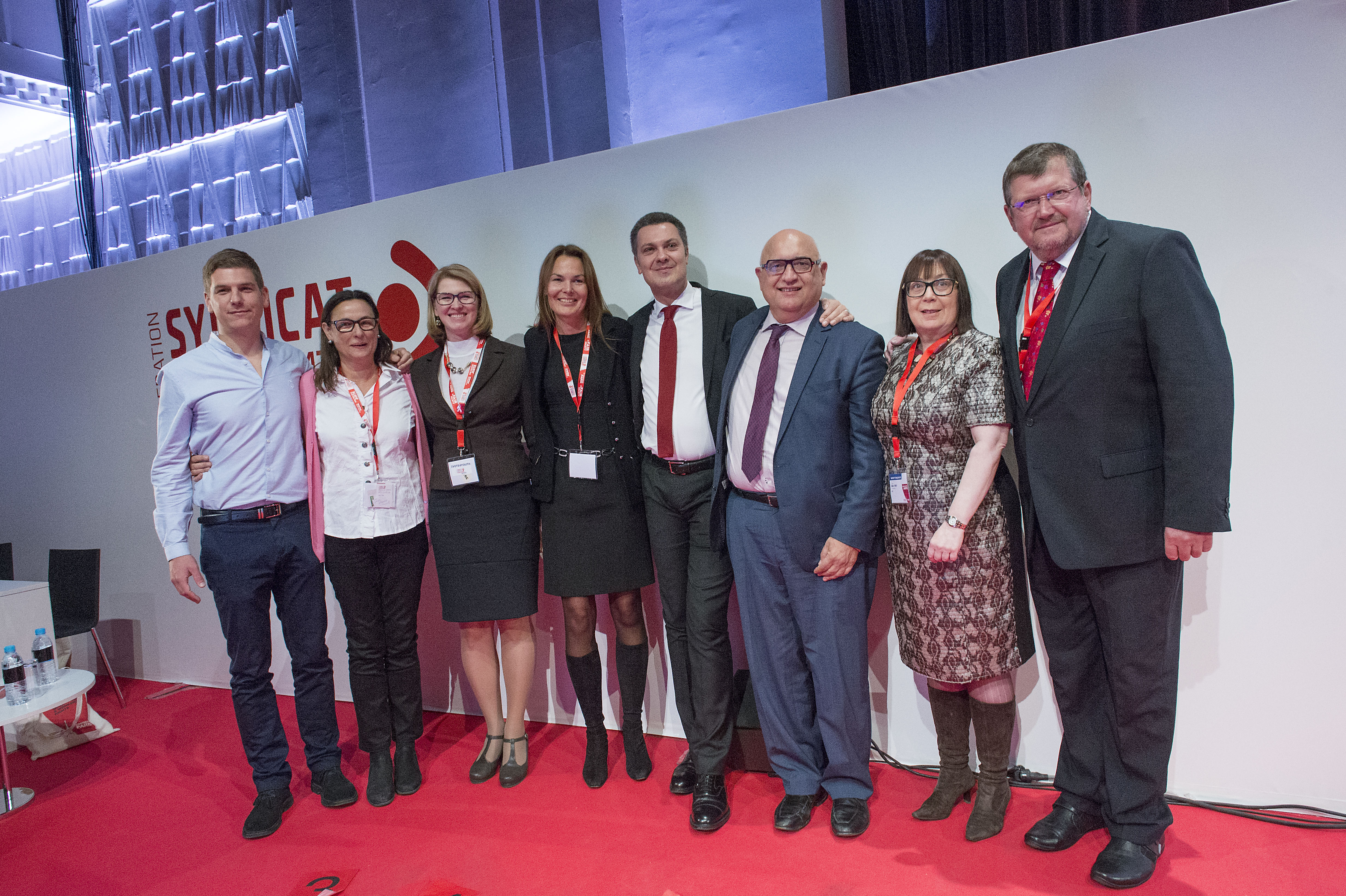