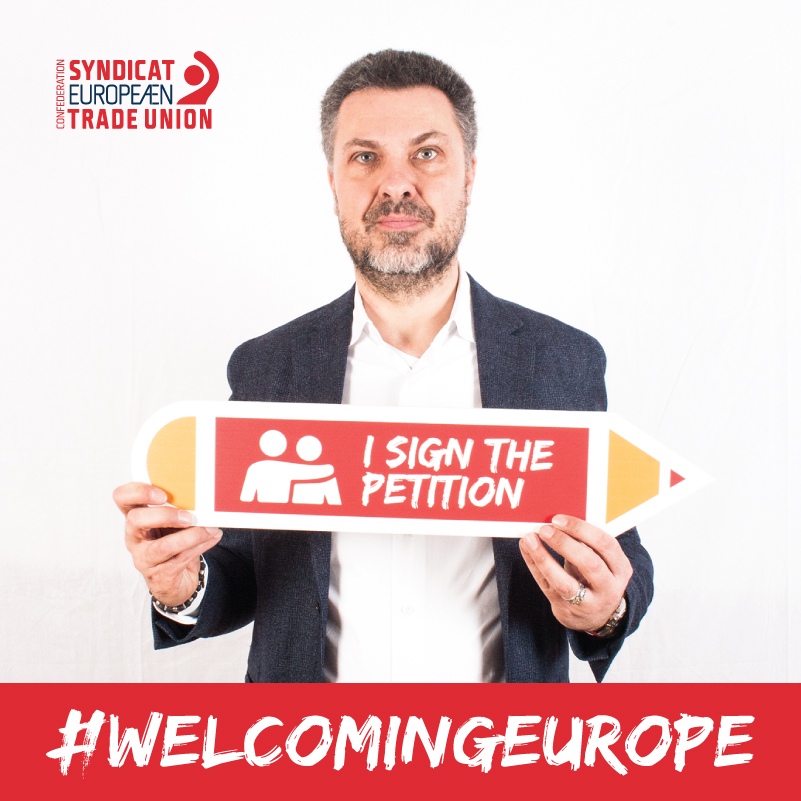 Trade union leaders showed their commitment by signing the ‘We Are a Welcoming Europe’ initiative at a high-level meeting of the European Trade Union Confederation (ETUC).

“We are totally opposed to criminalising those who offer humanitarian assistance to migrants” said Luca Visentini, ETUC Secretary General. “The authorities should applaud and support those who help refugees fleeing life-threatening conflict. The Citizens Initiative rightly defends solidarity, respect for human rights and safeguards for people’s lives. These are the values that unions support on the International Migrants Day and every day. We wish ‘A welcoming Europe every success’ and call on citizens to support it.”

The ECI is officially backed by the ETUC and hundreds of trade unions and civil society organisations in Europe that have joined forces to engage European citizens in transforming the EU’s migration policies and empowering a #WelcomingEurope.

If 1 million EU citizens across 7 Member States sign the initiative, the European Commission will be obliged to respond to the following demands:

“Millions of European citizens have warmly greeted those making the journey to Europe and donated their time to help and host refugees. We now need to unite and raise our voices to change the discourse and policies on migration and build a Europe that welcomes those in need”, Isabelle Chopin, the Representative of the We Are a Welcoming Europe ECI Citizens’ Committee stated.