Today a major new coalition of businesses, cities, trade unions and NGOs, are calling on EU leaders to act on the Paris Agreement and ensure that EU climate policies are coherent with its goals.

The new informal Coalition for Higher Ambition is an unprecedented gathering of stakeholders standing together to influence Heads of State and Ministers ahead of the 4 March Environment Council and the 17-18th March European Council – the largest and most diverse such grouping in Europe, on this topic.

On both occasions, governments are expected to assess the results of the Paris summit and look at its implications for the EU's climate and energy policies. The statement also comes prior to the imminent release of Commission’s working document on implementing the Paris Agreement.  The Coalition believes that there is a real risk that the current level of ambition of legislation on the table is going to damage Europe’s chances of reaching the goals of the Paris Agreement.

The organisations are calling upon Europe to act to transform the Paris outcomes into reality through the development of a robust and ambitious European policy framework, which will allow the EU to become a net zero-carbon economy and create the jobs, growth and competiveness needed. According to the stakeholders, the goals agreed in Paris require the EU leaders to increase the 2030 and 2050 climate targets.

"This coalition representing major stakeholders from across Europe and a cross section of the European economy demonstrates the breadth and depth of the call for climate leadership. Together we believe that Europe must continue to show ambition so as to meet global and national targets of below two degrees, and truly create the necessary framework for further investment in a competitive and resilient low carbon economy”

"Put simply, Europe’s 2030 legislative agenda risks locking-in lower ambition. We are calling for Europe's targets to be increased in line with the goals agreed in Paris. This means securing a cut of well beyond 40% in Europe’s greenhouse gas emissions by 2030 and getting those emissions to near zero by 2050. The EU needs to ensure we move off the three-degree warming pathway, where the current climate targets put us.

“After Paris, the EU must increase its ambition through concrete measures that will allow workers to benefit from good quality jobs, sustainable investment, low-carbon innovation and better public health, and ensure a just transition for the workforce."

The coalition argue that to succeed, it is imperative that the EU’s delivery of the Paris Agreement is set in motion in such a way that it will help businesses, cities, trade unions and civil society plan, invest properly and collectively set the EU on the right path. Collectively, the organisations involved have offered to work in partnership with the European Institutions and Member States to make this a reality.

The Prince of Wales’s Corporate Leaders Group (CLG) brings together 23 European business leaders who work under the patronage of His Royal Highness The Prince of Wales to advocate solutions on climate change to policymakers and business peers within the EU and globally.

Communications from the CLG benefit from the input of the entire group but do not necessarily require the formal agreement of all member companies.

The ETUC is the organisation which allows Europe's trade unions to speak with a single voice on behalf of European workers and have a stronger say in EU decision-making The ETUC was set up in 1973 and now comprises 90 national trade union confederations in 39 countries, plus 10 European trade union federations. 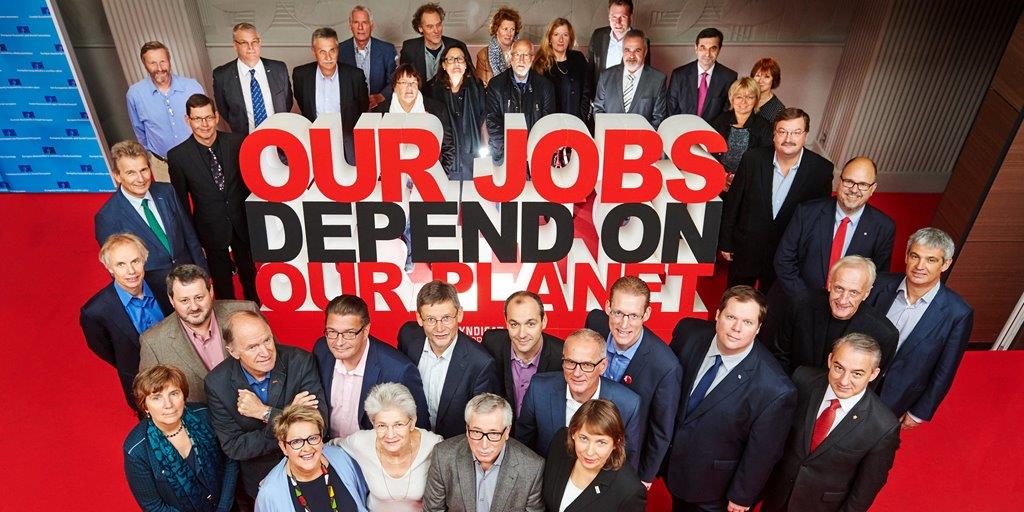