While the Ukrainian people bravely resist the Russian invasion and help displaced people, the Ukrainian Government and Parliament are using the war as an excuse to attack workers’ rights and unions – in blatant contradiction of the country’s aspirations to join the EU.

Yesterday week the Parliament passed a law, that would discriminate against workers in organisations with less than 250 employees and deprive them of labour protections and allow such organisations to ignore existing collective agreements. This law would destroy collective rights which are in the core of the EU social model, and will lead to shattering of bigger organisations into smaller legal entities by the employers. Its adoption is contrary to the EU Aquis, including the principles of non-discrimination and social dialogue, but also the obligations under ratified Conventions of the International Labour Organisation.

The Parliament also passed a law to allow employers to hire up to 10% of their workforce on precarious or zero-hour contracts.

There are also two draft bills that would confiscate the property of the Federation of Trade Unions of Ukraine (FPU) – mainly sanitoriums, hotels, hostels and training centres which are currently being used to welcome and assist internally displaced people – through which over 300,00 Ukrainians have passed since the Russian invasion.

These drafts were designed and faced international criticism long before the war started and discussing them today, when the country is under martial law, is totally inappropriate.

“The Ukrainian Government and Parliament cannot claim to want to join the EU while stripping workers of their basic rights, and while some politicians aim to steal union properties that are being used to house displaced persons” said Luca Visentini, ETUC General Secretary. “The EU needs to make this crystal clear to the Ukrainian Government and Parliament. Ukrainian workers are making huge sacrifices in this war and deserve to be treated with dignity and respect by their political leaders. The EU cannot overlook blatant breaches of fundamental rights when discussing EU accession. The sooner this is clear to political leaders in Ukraine, the better.

“Trade unions in Europe support Ukraine joining the EU and assist refugees arriving from Ukraine, and Ukrainian unions are making huge efforts to help displaced persons and could contribute to the accession process. The EU needs to encourage the Ukrainian Government and Parliament to see unions as a partner for the reconstruction of Ukraine and its accession to the EU, not as an enemy to be attacked and robbed. President Zelenskiy must veto the voted bills and we expect a clear message from the EU about that.” 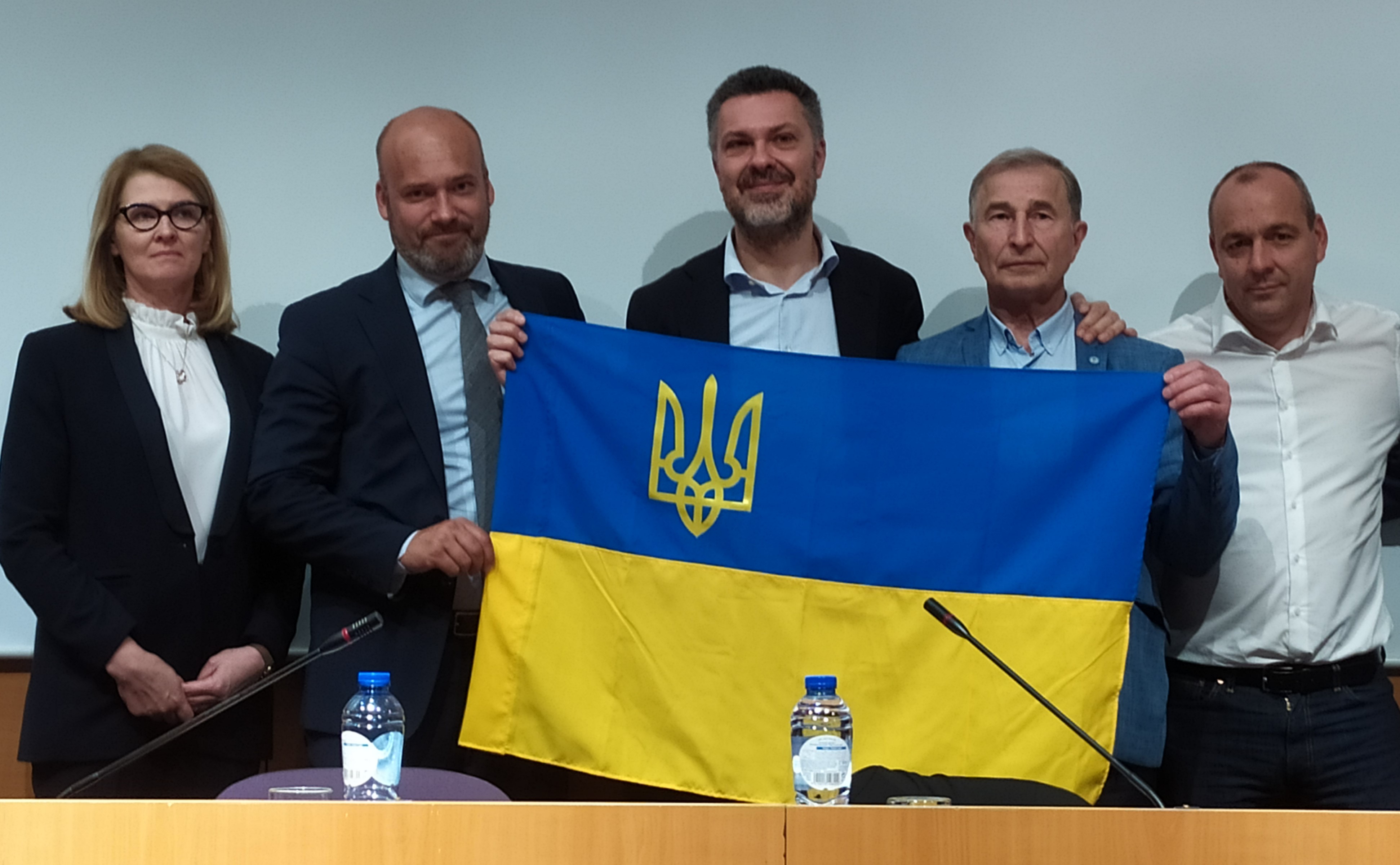