The ETUC warns that granting Market Economy Status (MES) to China, now, would damage European workers and economies, and it calls on EU Trade Ministers meeting today (27.11.2015) not to take this decision.

“Recognising China as a market economy would encourage the unlimited dumping of cheap Chinese imports, with an immediate and devastating impact on a large number of manufacturing sectors in the EU,” stated ETUC General Secretary Luca Visentini.

Although a member of the WTO, China is not yet accepted as a market economy by any major trading partner. China’s huge steel production overcapacity remains a global problem.

“We strongly believe that the EU should align with others on this important economic and social issue by maintaining effective, transparent and technically sound anti-dumping regulations,” said Luca Visentini.

MES for China would lead to unfair trading practices eroding the EU’s manufacturing core, at the same time destroying jobs (experts estimate up to 1.6 million) and investment. It would severely undermine the effectiveness of the EU’s trade defence system and deprive Europe of the ability to defend itself against Chinese imports through the World Trade Organisation (WTO). The ETUC insists that under WTO rules, China is not automatically entitled to MES by 2016 since it has failed to meet the criteria to be a market economy.

“Before making any decision to lighten anti-dumping rules for China, the Commission should take further steps to create a level playing field for EU-China trade, and should carry out an in-depth impact assessment,” said Luca Visentini. 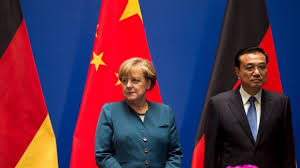