Victory in the German elections for a party pledging a 12 Euro minimum wage is a major boost to the campaign to end poverty pay across Europe by improving the EU’s directive on minimum wages.

Germany is currently among the two thirds of EU member states where the minimum wage is set below the EU’s at risk of poverty threshold (60% of the national median wage) as well as below 50% of the average wage.

Following a campaign by the German trade union confederation, a 12 Euro minimum wage became a headline election pledge of the SPD, which won the election and says it will enact the policy next year.

That would bring Germany’s minimum wage up to 60% of the national median wage and result in a 25% pay increase for 10 million workers. 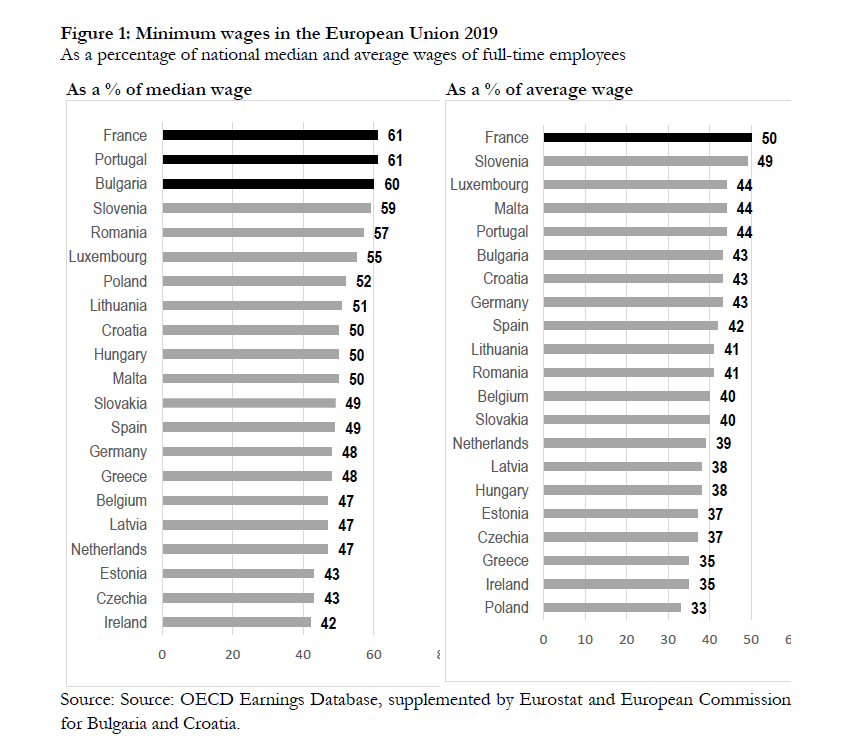 The European Commission has put forward a draft directive on minimum wages. But as it stands, it would still allow minimum wages to be set below the poverty line. It is now up to the European Parliament to improve the directive by introducing a floor below which wages cannot fall.

The ETUC is calling on MEPs to introduce a ‘threshold of decency’ - 60% of the median wage and 50% of the average wage of any member state – to the draft directive to ensure minimum wages guarantee a decent standard of living in all member states.

That would prevent 24 million working people across Europe continuing to live at risk of poverty.

“The German election result is a clear vote in favour of decent minimum wages from Europe’s biggest member state.

“Workers should never have to choose between heating their home, feeding their family properly or paying the rent. But that’s exactly the choice faced by millions of workers in two thirds of EU member states, including Germany, where the minimum wage is currently too low.

“German voters have said loud and clear that minimum wages can no longer be poverty wages. Europe must follow their lead and ensure minimum wages guarantee a decent standard of living in all member states.

“Otherwise the already serious social and economic imbalance between EU member states will only get worse. What’s good for a German worker is good for a Spanish, Romanian, Irish or Estonian worker.”