EU has to break out of cycle of failure

The ETUC urged EU Heads of Governments to break out of their cycle of failure after yet another Summit in which practically nothing was agreed, and what was agreed should not have been according to the European Trade Union Confederation (ETUC).

“National leaders could not agree about Russia, Syria, trade with Canada, or defence mechanisms against China” said ETUC General Secretary Luca Visentini, “and what was agreed, on refugees – now called ‘illegal migration’ by the EU – was a disgrace. The refugees are referred to as illegal,  and coming in flows that have to be stopped and returned. The only reference to support for refugees was in Lebanon and Jordan, comfortably distant from EU borders. There was not even any concern expressed about the widespread abuse of democratic and human rights going on in Turkey, because the EU is frightened of upsetting its new border guard.”

“Citizen cynicism about the EU will only grow if it leaders are unable to make decisions.”

“Blaming Wallonia for blocking CETA is easy, but ignores the widespread popular concerns about CETA. The fact that CETA offers enforceable investor rights, but still unenforceable labour rights says it all. It is nothing to do with disliking Canadians, or a lack of democracy in Canada as politicians have joked. Laughing at genuine public concerns will no resolve the situation. If trade unions and civil society had been consulted properly and in advance, the EU would not find itself in this mess.” 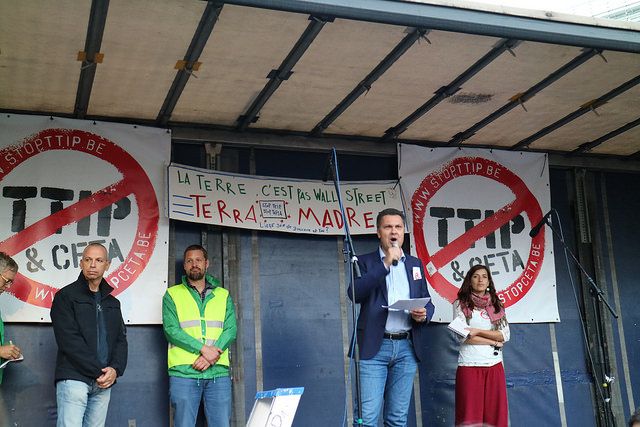