People working in countries in the east of the EU earn well under half of the average wage of people in the western, pre-2004 EU15 according to research published today.

Workers in 10 east EU countries earn between 42% of west EU wages (in Estonia) to under 18% (in Bulgaria). Only in Slovenia do working people earn more than half, with wages at 60% of the EU 15 average.

The east-west EU wage gap was getting smaller through the late 1990s and much of 2000s, but progress stopped in the 2008 economic crisis.

“The east-west pay gap in the EU is shockingly big” said Esther Lynch, Confederal Secretary of the European Trade Union Confederation (ETUC), “and is the result of exploitation of workers in countries where trade unions and collective bargaining are weak.”

“During the crisis wage cuts were more widespread, and wage increases smaller, in the east of the EU because employers could get away with it more easily. Of course, differences in productivity and costs of living mean that wages are not going to be the same, but these do not explain such a large divergence in wages.”

“Workers in the EU’s east need pay rises higher than inflation and increases in productivity to make up for past exploitation. The EU and national Governments should encourage collective bargaining and strong trade unions and employers’ organisations. Multi-nationals in east EU should pay fairer wages and should respect the right of their work force in the east to collectively bargain. Many of these companies are very good at respecting trade union rights at home but less so in their operations in east EU. Increases in minimum wages are also needed to provide a threshold of decency and to drive up wage levels generally.”

The ETUC has called for minimum wages to be no less than 60% of the median wage, and to move towards a living wage.

The research, carried out by the European Trade Union Institute, was published today by Bela Galgoczi in ‘Social Europe’: https://www.socialeurope.eu/2008-year-east-west-wage-convergence-came-standstill .

Note: wages referred to above are nominal wages calculated in Euros – wages in EUR money terms not adjusted for inflation or cost of living. 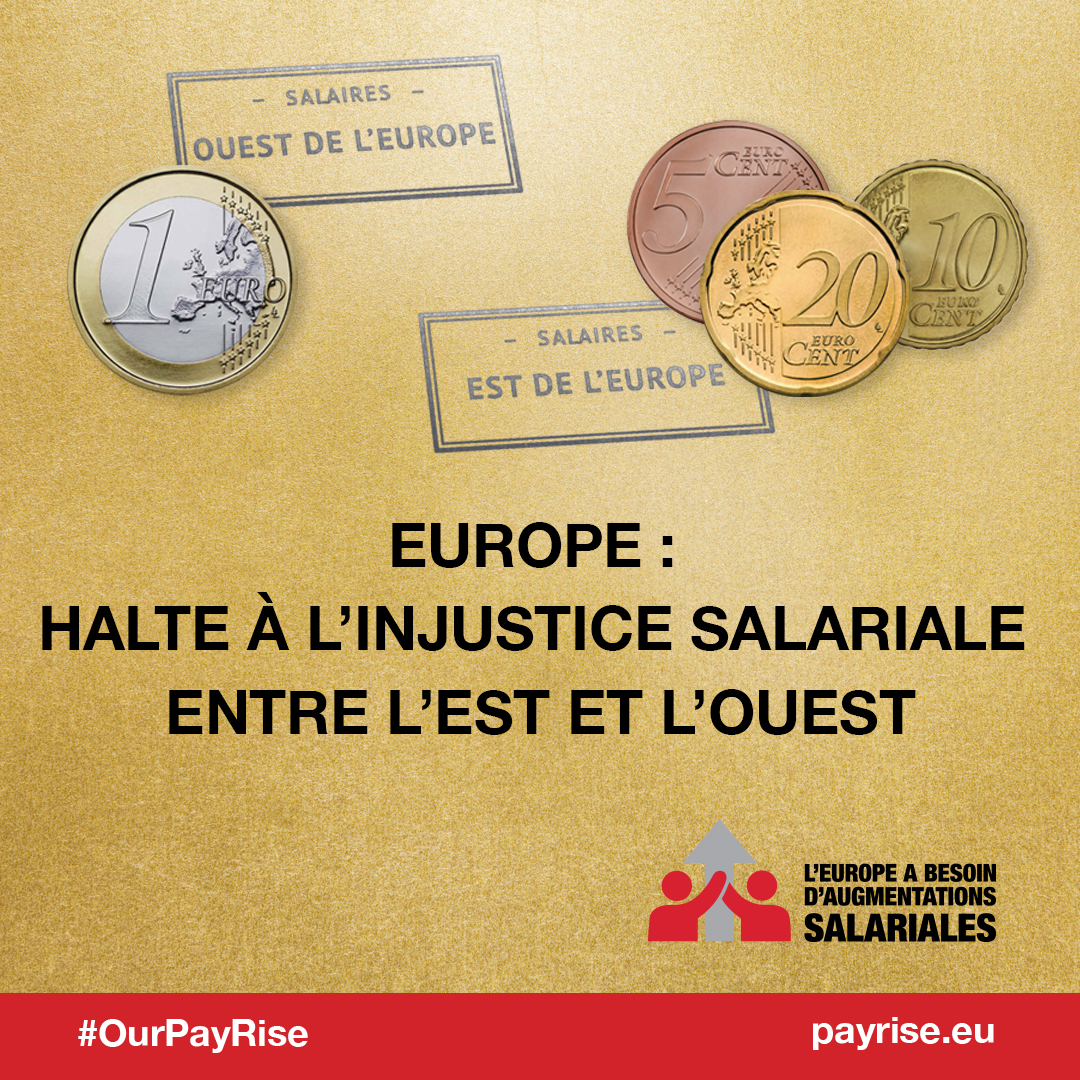