The ETUC is calling on the European Commission to face down cynical new efforts by platform companies to avoid their most basic obligations to their workers.

The Commission will tomorrow launch a consultation on improving the working conditions in platform companies like Uber, Deliveroo or Glovo.

It comes after major legal rulings in three countries this year which found that Uber drivers and Deliveroo riders were not genuinely self-employed and should be recognised as workers, with rights to statutory minimum wages, paid holidays, social security contributions and other benefits.

Uber has responded by calling on the Commission to make platform companies exempt from employment and labour law so that it can continue to make profits from false self-employment.

“Each time a company provides additional benefits to independent workers, the less independent these workers could become in the eyes of the courts. As a  result,  platforms  like  Uber  who  provide  independent  work  cannot  provide  all  the  support  we  want  to  give  individuals…Clear rules on what is and isn’t true independence -  that  can  be  used  by  workers,  platforms  and  the  authorities without having to rely on the courts whose interpretation of the rules may differ - would benefit all.”

This model is based on an exemption from employment law for platform companies passed in California in 2020 following a 205 million dollar lobbying campaign by Uber, Lyft and others. The same sum of money could have been used to give 14,000 workers a 1,000 Euro extra per month raise in wages and social benefits for a year.

Platforms have also increased their lobbying activities in Brussels. Uber has almost doubled its lobbying costs since 2015 and now has a 899,999 Euro operation which has held 11 meetings with the European Commission since January 2020.

Deliveroo established an office in Brussels in 2018 and last year doubled its staff, while Just Eat registered as a lobbyist just two months ago, according to LobbyFacts.EU.

“It is hardly surprising that platform companies with illegal practices want to avoid scrutiny when they keep losing court cases across Europe. It’s costing them millions.

“Some platform companies make huge profits through false self-employment of people who should be treated as workers and benefit from proper wages, holiday pay and social security.

“The Commission should see this last-ditch lobbying blitz for what it is: a cynical attempt by platform companies to save a business model based on exploitation and legal loopholes. There can be no place for this aggressive anti-worker lobbying in a social Europe.

“You can't ask Al Capone to promote the alcohol-free month. If platform companies are serious about wanting to improve the lives of their workers, then trade unions are ready to engage in real collective bargaining with them.” 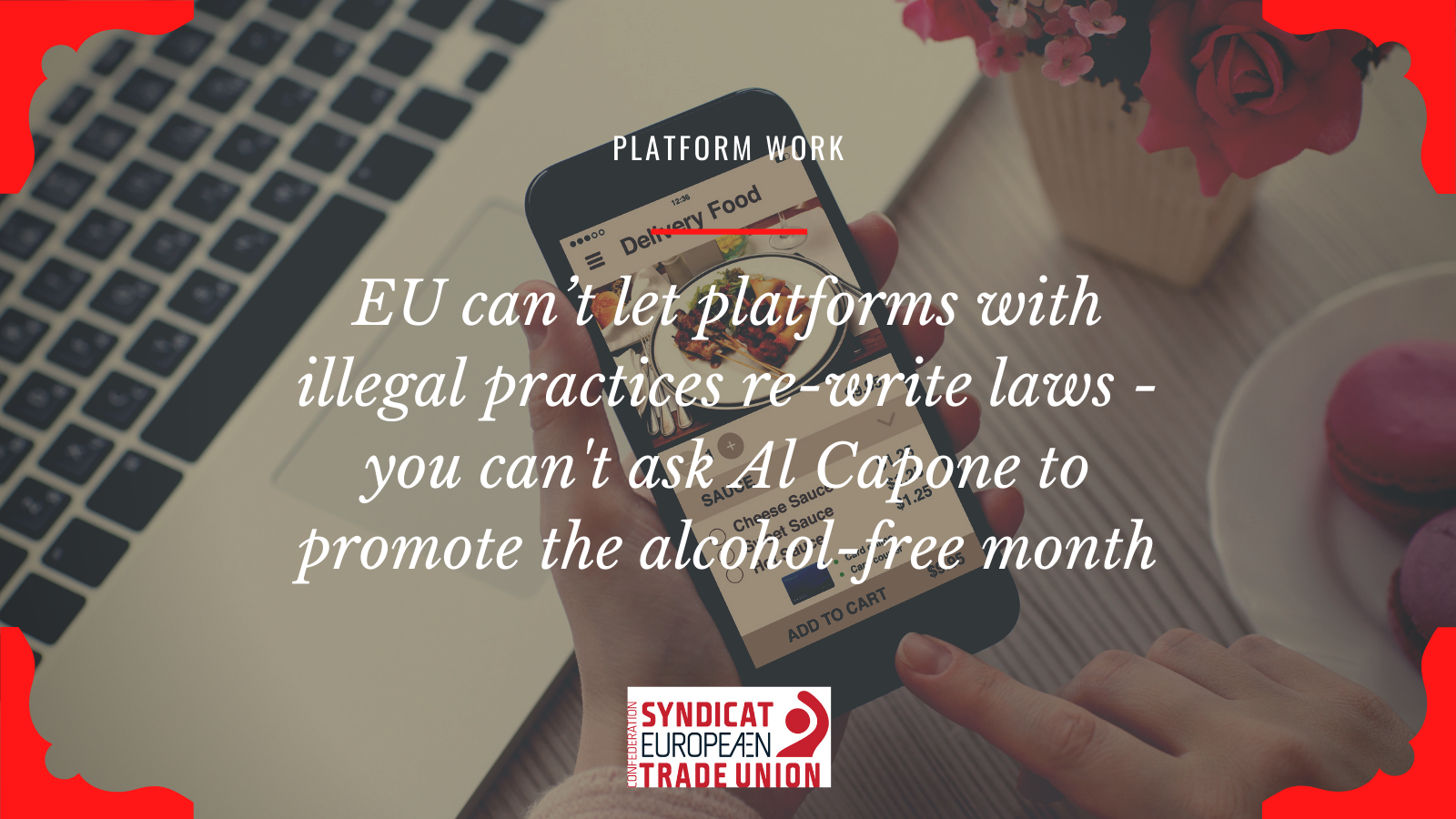