“Although the Commission seems to be over-optimistic on investment and employment recovery in Europe, there is a clear shift in economic policy recommendations in favour of investment, social dialogue, education and training and social protection. This is much-needed, somewhat overdue and needs to be continued in future years.”

“Although wage improvements are needed in far more than a few EU countries, EU economic policy recommendations on encouraging wage growth in Germany and the Netherlands, to address the gender pay gap in Estonia and elsewhere, and to tackle precarious employment are welcome and absolutely must be supported by the European Council and implemented by the member states.”

Spain, Portugal and Poland are recommended to address their excessive reliance on precarious employment contracts. Poland, Hungary and Romania are among the countries recommended to improve ‘social dialogue’ (negotiations and discussions between unions, employers and Government). Eight countries receive recommendations on tackling gender pay inequalities including Germany, Italy, Poland, Ireland and Estonia.  All countries receive guidance on investment.

“The ETUC has repeatedly called on the EU to fully implement the European Pillar of Social Rights and is encouraged that this year’s country specific recommendations are contributing to social progress” said Liina Carr, ETUC Confederal Secretary.

On the warning to Italy that it risks entering the Excessive Deficit Procedure, Luca Visentini commented “EU budget rules hinder economic growth, but Italy has wasted the flexibility it has had in recent years by cutting taxes and increasing inequality instead of investing in growth and quality job creation. It is absurd that the Italian government now wants more flexibility in order to introduce flatter and less progressive tax changes.” 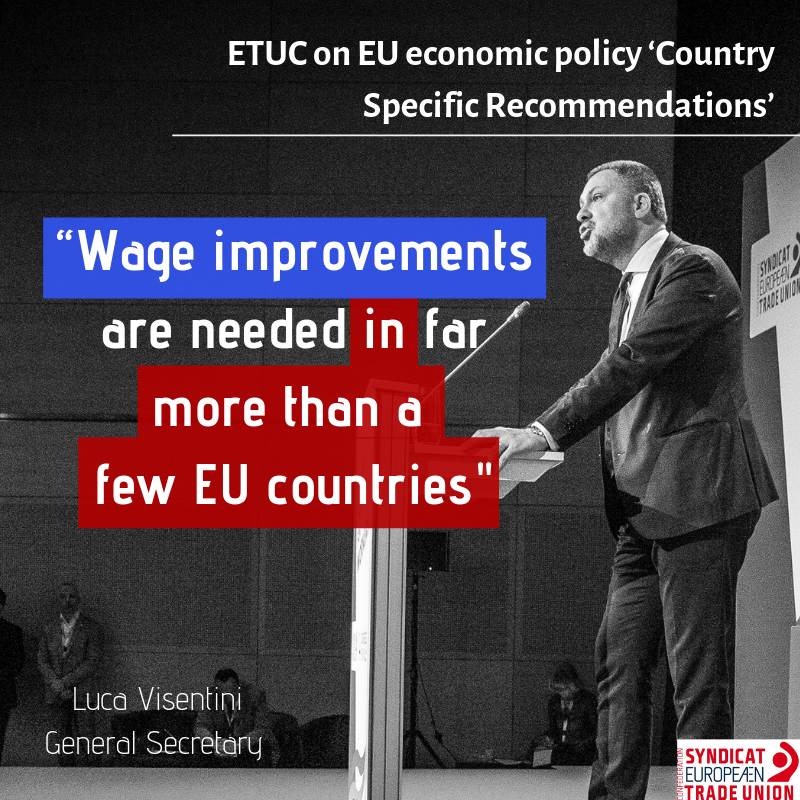