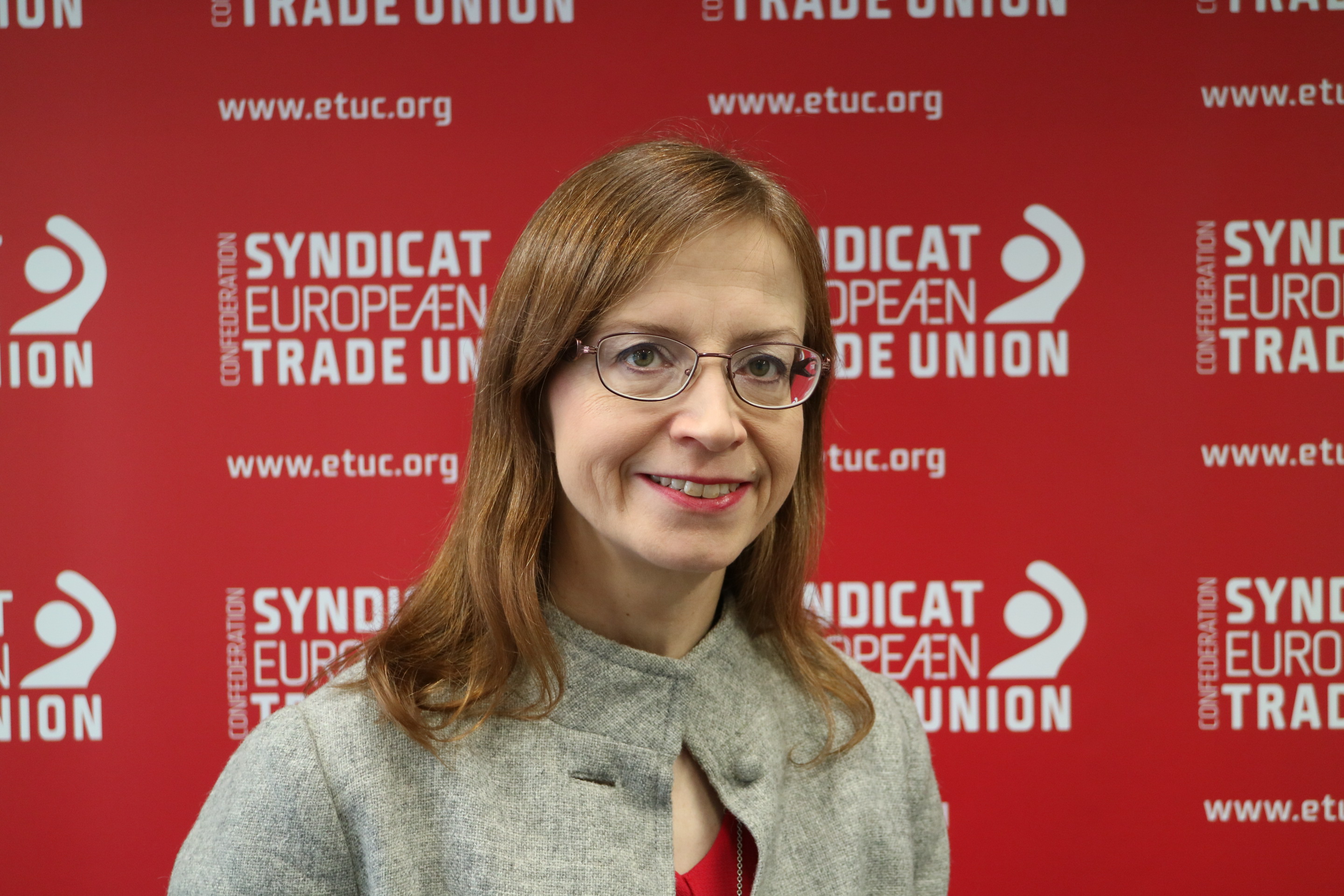 The European Trade Union Confederation (ETUC) has elected Katja Lehto-Komulainen as its Deputy General Secretary, replacing Veronica Nilsson who is standing down for family reasons.

Katja Lehto-Komulainen is Finnish, has long experience of working at the Central Organisation of Finnish Trade Unions (SAK) and was Head of International Affairs.

She has also worked for Finnish Labour Minister Tarja Filatov, and for European Commissioner Erkki Liikanen, and at the International Labour Conferences of the ILO. She has been a deputy member of the Executive Committee of the ETUC since 2007. She has a Masters in Law, and speaks English, French, Scandinavian languages and Russian.

ETUC General Secretary Luca Visentini said “We are sad to say goodbye to Veronica Nilsson who was a much-loved, very loyal and extremely competent Deputy General Secretary. I am sure she will remain part of the trade union family. At the same time, we are delighted to welcome Katja as her replacement. She has the personality, experience, skills and languages to fit in fast and do a great job.”

Katja Lehto-Komulainen said “I am thrilled to be joining the ETUC leadership team. Europe is at a crossroads and trade unions have important views on the future of Europe, quality jobs, workers’ rights and social justice. We will have a better future when the workers´ voice is taken into account.”

Katja Lehto-Komulainen will be one of two Deputy General Secretaries – alongside German trade unionist Peter Scherrer – and is in a leadership team including General Secretary Luca Visentini (from Italy), President Rudy De Leeuw (Belgium), and Confederal Secretaries Liina Carr (Estonia), Esther Lynch (Ireland), Montserrat Mir (Spain) and Thiébaut Weber (France) who were all elected at the ETUC Congress in Paris in October 2015.

She will take up her duties in January.

13.12.2016
Press release
In Event, About us, European trade unionism
Print