ETUC condemns the failed coup and government crack-down in Turkey

The European Trade Union Confederation strongly condemns the attempted coup in Turkey on Friday 15 July, and opposes all efforts to overthrow democracy by military force. Nonetheless, it also condemns the drastic purge being carried out by the Turkish government in the aftermath of that failed coup.

Since Friday, not only have thousands of soldiers, generals and police officers been arrested but, in an escalating process, university deans, education ministry employees, journalists and media professionals, clerics, judges and prosecutors, teachers, civil servants, workers and citizens have been fired or detained. The speed and scale of the arrests raise fears that President Erdoğan is using the coup as a pretext to eradicate any democratic opposition.

Said ETUC General Secretary Luca Visentini: “The failed coup cannot justify anti-democratic changes in the Constitution. Turkey has to fully respect human rights, fundamental freedoms and democracy, and to abide by the rule of law. As an EU candidate, it must comply with the European Convention for the Protection of Human Rights and Fundamental Freedoms which, inter alia, also rejects the death penalty.

“This undemocratic drift adds new concerns about the situation of refugees in Turkey, which cannot be considered a safe haven for people in need of protection. It is time for the EU to end the EU-Turkey Deal and for Member States to speed up the resettlement of refugees under an enhanced common asylum system.

“The ETUC calls on the European Commission and Council to explicitly condemn the crack-down in Turkey, and to envisage all necessary measures, including the suspension of the accession process, if the situation leads to violations of the fundamental values of the EU.” 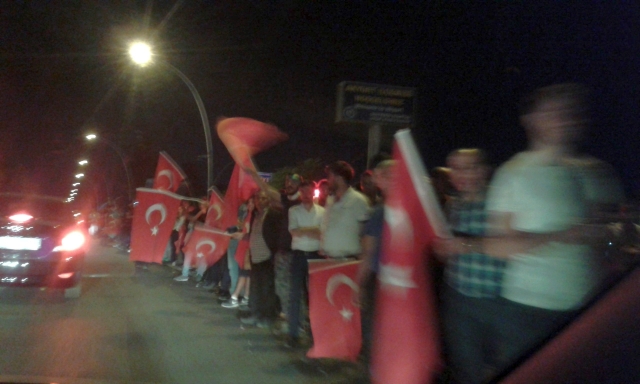