The Intergovernmental Panel on Climate Change (IPCC) recently issued a very worrying report on climate change, tracing fingerprints of manmade pollution across the changing climate. The reports clearly shows “that every fraction of warming makes the planet less safe – and that every bit of action contributes to a safer future.”

While extreme weather events are getting more intense and more frequent – and are currently there for all to see with increasing flooding and landslides or heat waves and wildfires across Europe and beyond - the European Trade Union Confederation (ETUC) reiterates his commitment to a socially fair Climate Action and his support to upward revision of the EU's GHG emissions reduction target to at least 55 % by 2030.

“The European Union and its member states must do more and step up their ambitions to fight climate change and shape a carbon-neutral economy. What is happening is there for all to see: floods and landslides in northern Europe, fires and droughts in southern Europe are the most unmistakable signs of man's responsibility on climate change. The IPCC report is very worrying in this respect and its conclusions must be taken seriously. European trade unions are demanding a just transition in order to effectively and rapidly reduce emissions in a socially fair and sustainable way to protect the environment, people, jobs and communities, where nobody should be left behind. There's no time to lose” commented Luca Visentini, ETUC General Secretary.

“COP26 in Glasgow in early November represents one of the last chances we have to get real improvements. We need massive investments to green our infrastructures and economies, but this change will be impossible if decision makers will opt for a return to austerity. Just Transition has to be at the center of any climate policies to mitigate the social and labor issues related to the transition. It is still to be seen if the EU Green Deal and the Fit for 55 package can concretely deliver on the challenge.” added Ludovic Voet, ETUC Confederal Secretary.

The ETUC will stay vigilant and keep the pressure on the EU for the targets to be achieved through the right policies. 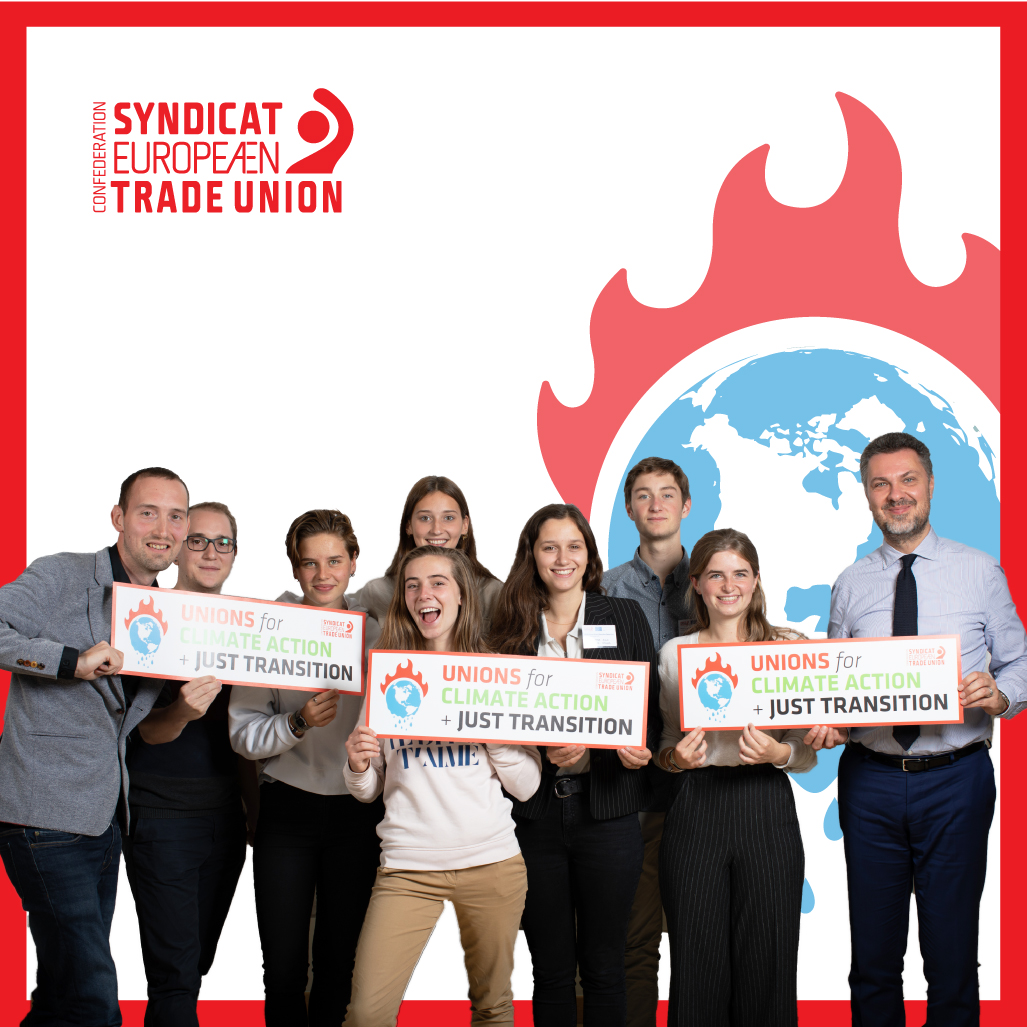