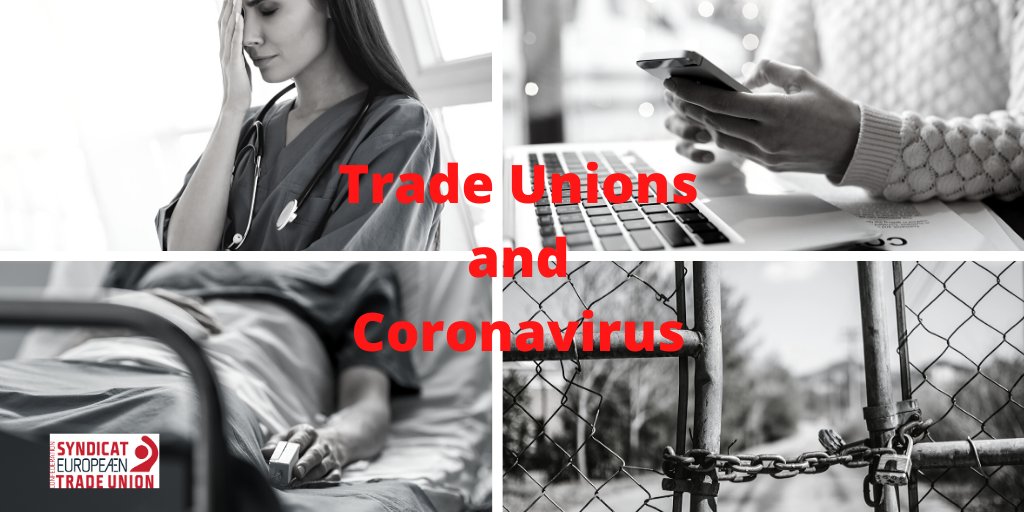 European trade unions are calling on EU finance ministers to agree a 500bn Euro support package to deal with the economic consequences of the coronavirus which has already hit over 10 million workers.

Estimates collected by the ETUC show that unemployment has risen by at least 4 million since the crisis began, while more than 7 million workers are on short-time work schemes.

For example, unemployment has increased by 302,265 in Spain, while France has the highest known number of workers on short-time work so far at 3.9 million. These initial figures are likely to increase dramatically as data is published for countries such as Italy and Germany.

That’s why the ETUC is calling on the Eurogroup to adopt the following measures tomorrow:

As well as the 100bn Euro proposed for the SURE scheme, 200bn Euro is funding levels needed from both the ESM and EIB. Loans to member states must be zero or negative interest and for long-term repayment.

These policies are needed to cope with the immediate consequences of the crisis, but a common debt instrument to issue Eurobonds will be crucial to securing the recovery in the medium term.

“Millions of European workers are finding themselves out of work and worried about money through no fault of their own for the second time in just over a decade.

“European leaders must learn the lessons of 2008 by doing whatever it takes to prevent this health emergency turning into long-term mass unemployment and another devastating economic crisis.

“We need to see warm words about European solidarity translated into action that prevents unemployment, protects’ people’s incomes and properly funds our public services. The future of the European Union rests on its response to this crisis.”

ETUC statement ahead of Euroroup and Council decisions on crisis response: https://www.etuc.org/en/document/etuc-statement-ahead-euroroup-and-council-decisions-crisis-response