“The Commission’s economic forecast shows Europe rests on the edge of another recession despite the fact that workers’ living standards still haven’t recovered from the last financial crisis. Even the good overall employment rate is based on a rise in precarious work.

“Europe cannot afford another recession so leaders must act quickly to restore confidence and demand to the economy by boosting public investment to create good quality jobs and give workers the pay rises they have been waiting for since the recovery.

“Given that net investment as a share of GDP is still below 2008 levels, there’s still space to increase spending, which should be targeted at preparing for the ecological and digital transitions. The Commission should also exclude sound public investment when calculating country deficits. 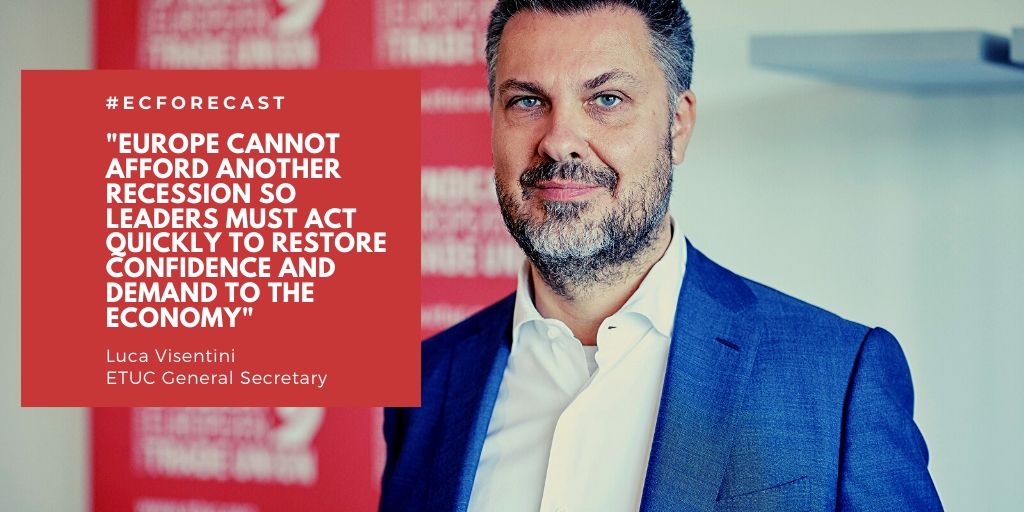