Occupational cancer kills 100,000 people every year in the European Union. It is the most common work-related cause of death.

The 2004 EU Directive on Carcinogens or mutagens at work sets binding workplace exposure limits for only 3 substances.

This Directive has been under review for the last 12 years without any change whatsoever, leaving workers in Europe without the protection they need from known causes of cancer.

The European Trade Union Confederation (ETUC) is calling on the EU to stop stalling, and to take action to end workplace cancer.

The Dutch Presidency of the EU, which runs January-June 2016, has committed in its Programme to “press for work-related cancer to be combatted by expanding workers’ protection against a wider range of carcinogens” and to this end “amending the Carcinogens Directive.”

To help the Dutch Presidency achieve its promise, the ETUC is

“Occupational cancer is the ignored epidemic. Workers are dying, literally in the thousands every year, and for 12 long years the EU has done nothing about it. These deaths are the result of preventable workplace exposures” said Esther Lynch, Confederal Secretary of the ETUC. “Trade unionists demand binding workplace exposure limits now for these predictable causes of cancer. The Commission needs to stop stalling, delaying until 2020 is irresponsible and unacceptable."

“The EU should aim for zero workplace cancer. Workers who have been exposed to cancer-causing substances or processes should get regular health checks during and after their employment.”

- Report on substances that should have binding occupational exposure limits: http://www.etui.org/Publications2/Reports/Carcinogens-that-should-be-subject-to-binding-limits-on-workers-exposure 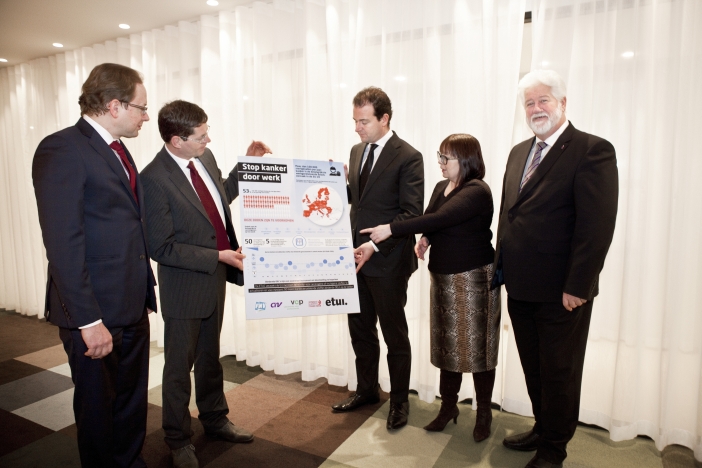