Eliminating violence against women at work and at home 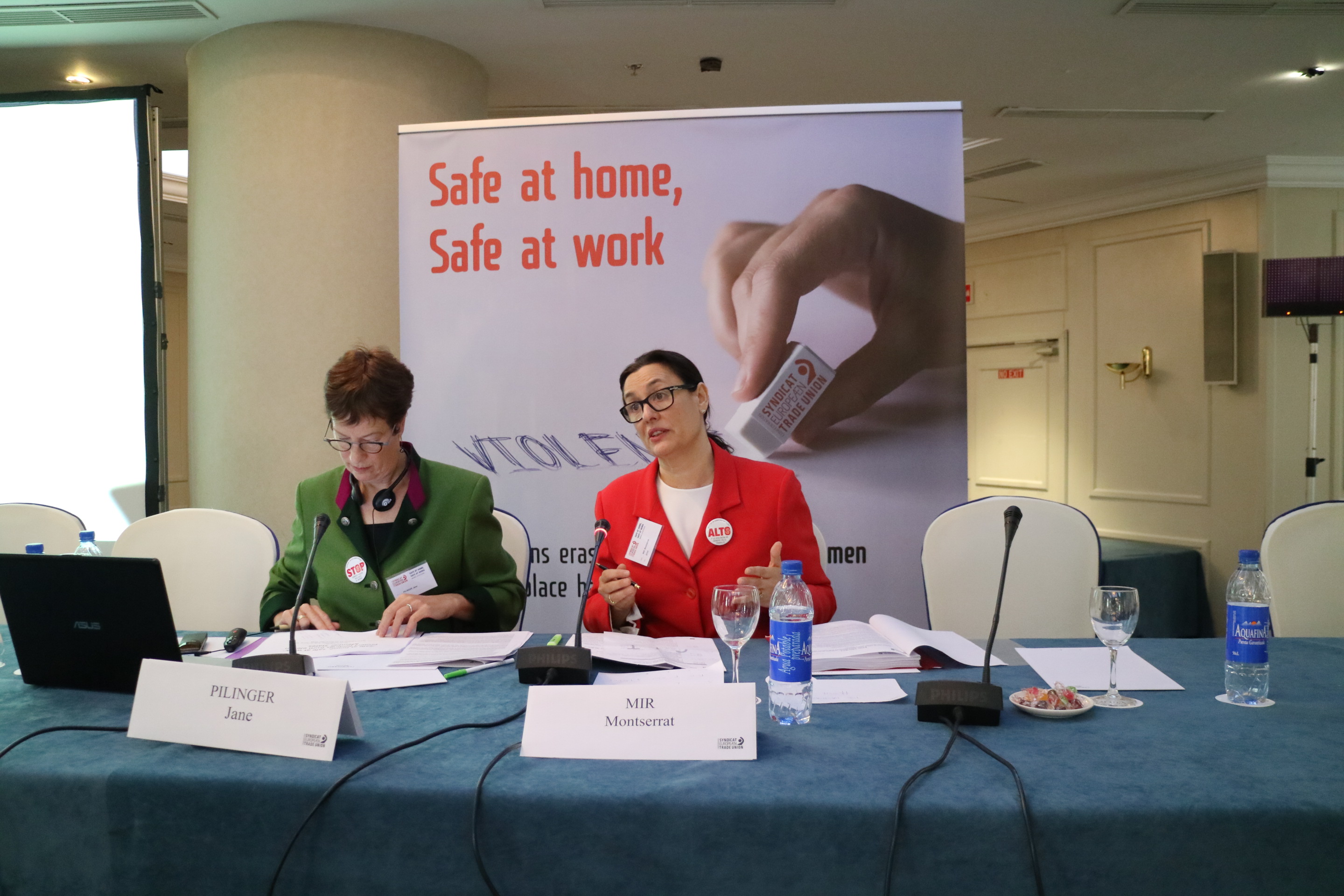 Trade Unions are fully determined to eliminate violence against women through collective agreements, and their proper implementation with employers, at national, sectoral and company levels.

The ETUC is hosting the Madrid conference to share experience of negotiations and agreements at company and sectoral level to combat violence against women and sexual harassment at work.

Pioneering agreements have been signed in several countries including Bulgaria, Denmark, France, Germany, Italy, Slovenia and the Netherlands – see https://www.etuc.org/publications/briefing-notes-etuc-project-safe-home-safe-work#.WDa3qKLhCt8 to more details in a briefing on the ETUC project ‘Safe at home, safe at work’.

Such agreements will guide future European trade union actions to eliminate violence against women at work.

The 2007 European Framework Agreement on Violence and Harassment at Work between the European trade union and employers’ organisations led to Europe-wide agreements in the commerce, private security, local government, health and education sectors.

“Sexual harassment at work is a serious problem which can have far-reaching repercussions for the victims and impacts on the whole workplace,” said Montserrat Mir, Confederal Secretary of the ETUC. “Together with the employers, we have the means to address it effectively through collective agreements, as our study shows.