The Conference on the Future of Europe calls for social progress, including through Treaty changes

The conclusions of the Conference on the Future of Europe will be delivered to the Presidents of the EU institutions on Monday.

The European Parliament, the Commission and the Council must ensure that these Conclusions are respected and become reality.

This means changes to policies, to work programmes, to the budget, as well as legislative initiatives, but it means also changes to the Treaties.

The EU Treaties should ensure people are always put before profit, the Conference on the Future of Europe has recommended.

Treaty changes proposed by citizens include – thanks to trade unions’ mobilisation – a social progress protocol, guaranteeing that social rights take precedence over economic freedoms in the event of a conflict. The conclusions also call for an end to member states’ veto rights through qualified majority voting.

The social progress protocol is needed to ensure that there is never a repeat of the notorious Laval and Viking cases which opened the door to social dumping across Europe and to prevent regression and circumvention of social rights.

Additionally, as requested by citizens, a strong social dimension must be introduced in the EU institutional and economic governance, so avoiding a return to the devastating austerity policies, particularly through the full implementation of the principles of the European Pillar of Social Rights.

The Conference has also called for other transformative social commitments such as:

- sustainable growth, improvement of living and working conditions and human progress in the framework of a renewed Social Contract

- “Guarantee a just transition, based on social dialogue and quality jobs” so the move to a green and digital economy is made in a way that’s fair for workers

The conclusions follow a year-long process of citizen engagement including a digital ideas platform where the ETUC’s proposals were amongst the most popular in all the policy areas:

The presidents of all three EU Institutions have signed a declaration promising to “follow up on the recommendations made by the Conference.”

“Citizens have said clearly that they want a more social Europe that puts people before profits.

“While the EU has moved in a more social direction during the Covid crisis, more decisive actions are now needed.

“This includes a renewed Social Contract, the full implementation of the Social Pillar, a revision of the economic governance rules, a social progress protocol in the treaties to guarantee social rights are not overruled by economic freedoms.

“The Conference on the Future of Europe has explicitly backed treaty changes and ambitious social policies and we expect EU leaders to deliver on their promise to respect its conclusions.

“This is an opportunity to show working people that the European Union listen to and works in their interests. Failure to do so would play into the hands of right-wing populist who want to weaken Europe.” 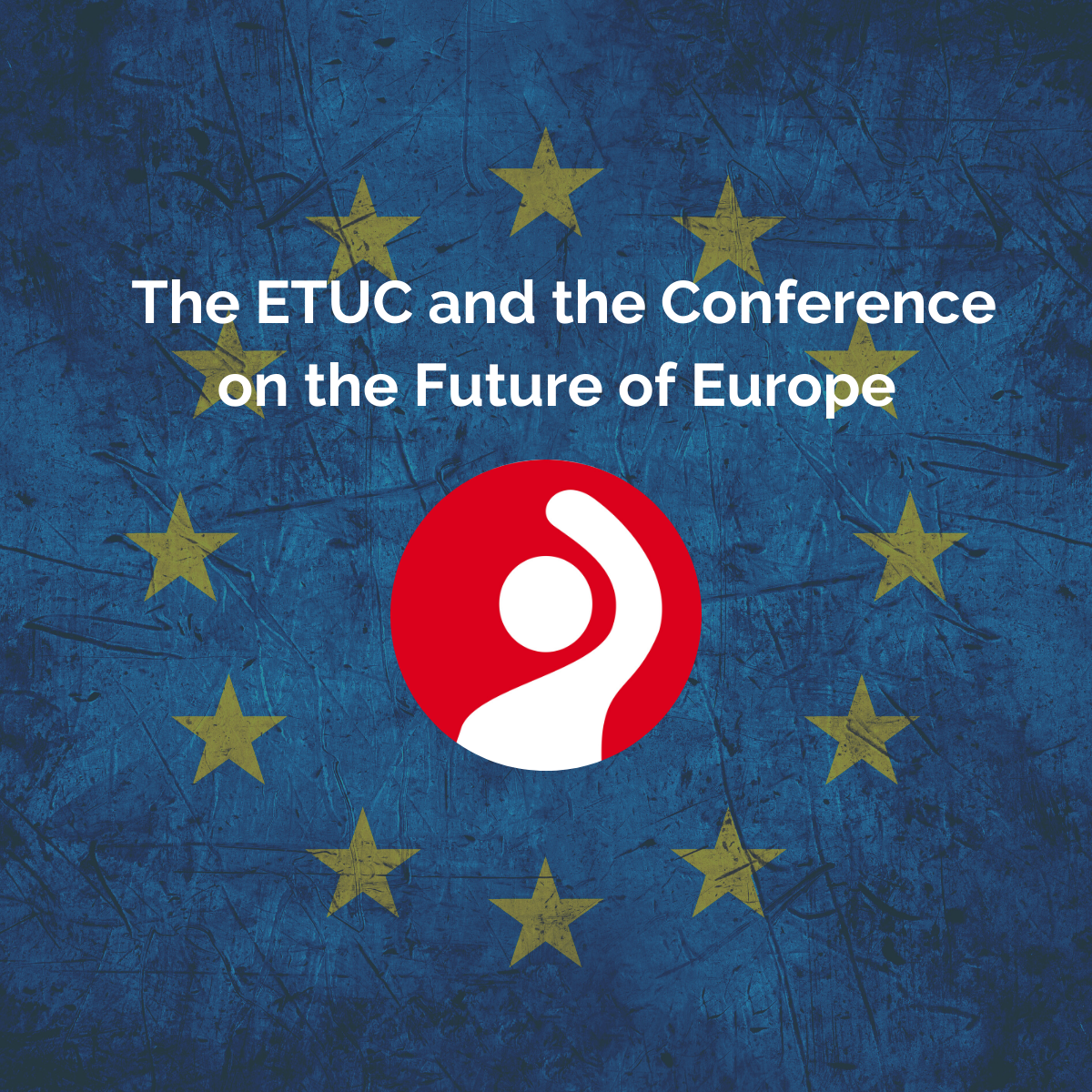 06.05.2022
Press release
In Conference on the Future of Europe
Print