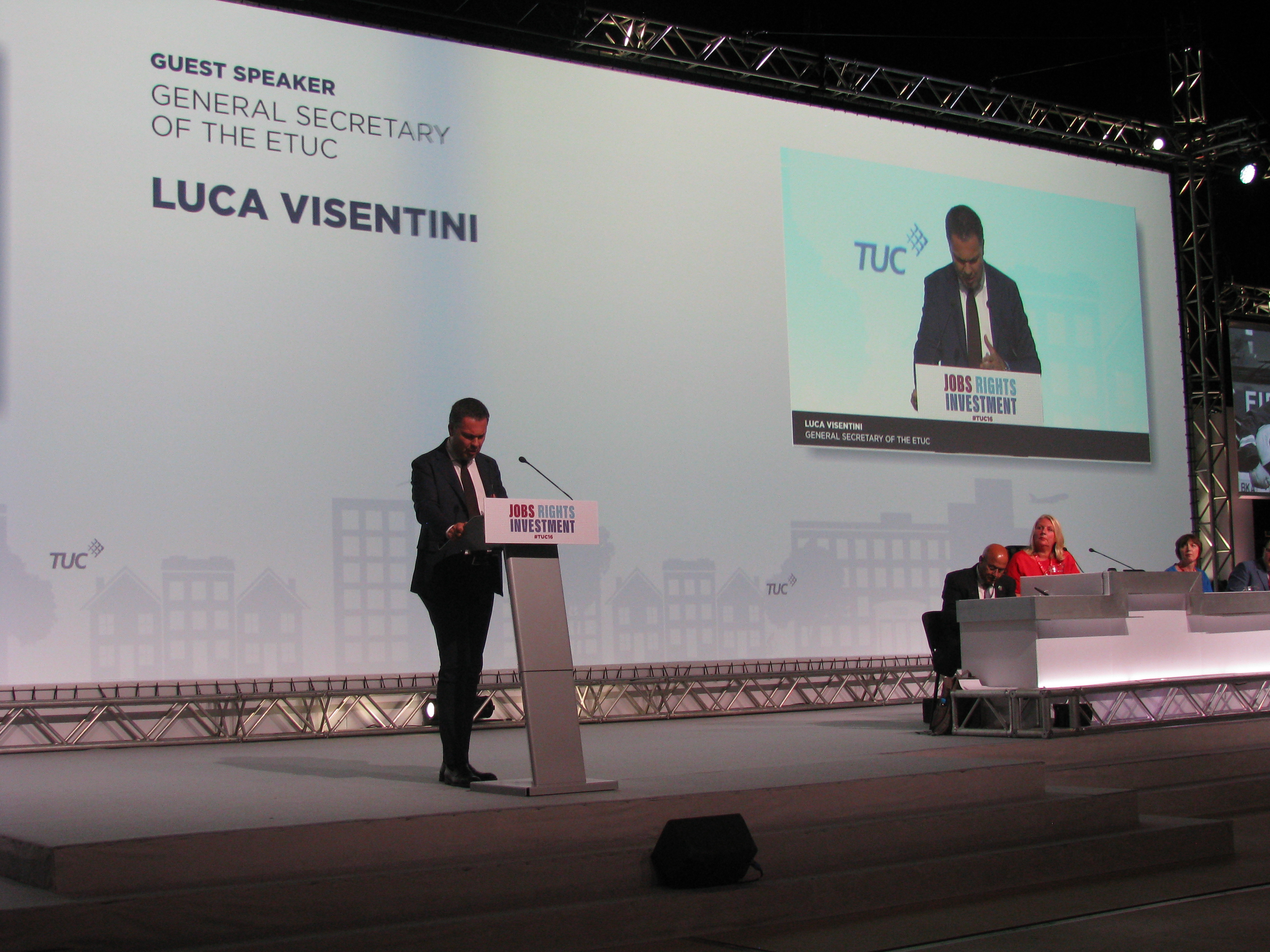 European and British trade unions will work closely together through Brexit to defend the interests and rights of workers on both sides of the Channel.

Speaking at TUC Congress in Brighton today, ETUC General Secretary Luca Visentini, will say “we will fight to make certain that workers’ interests, both in the UK and in Europe, are not damaged by Brexit – and to ensure that trade unions are involved in the negotiations.”

He will warn “It is very likely that political and business elites will try to keep all the advantages that come from the EU for themselves, while doing all they can to weaken social protection and workers’ rights.”

On behalf of European trade unions, Luca Visentini will also

On Brexit negotiations, Visentini will say “We have been assured by the President of the European Commission that the ETUC will be properly consulted, and we expect the British government to do the same with the TUC.”

“We warmly welcome the TUC’s campaign to maintain the rights of continental European workers here in the UK” Luca Visentini will say. “Similarly, the ETUC will call on EU governments to give British citizens abroad the right to remain.”