At least 3.3 million fewer workers are benefiting from a collective bargaining agreement across the European Union today compared to the beginning of the century, the latest figures show.

The facts show that the opposite is true and that strong collective bargaining systems contribute to higher wages and better working conditions, as well as to a fairer society and to better economic performances.

There is now a huge disparity in coverage between countries across the EU, with just 7% of workers benefiting from collective bargaining in Lithuania compared to 98% in Austria. 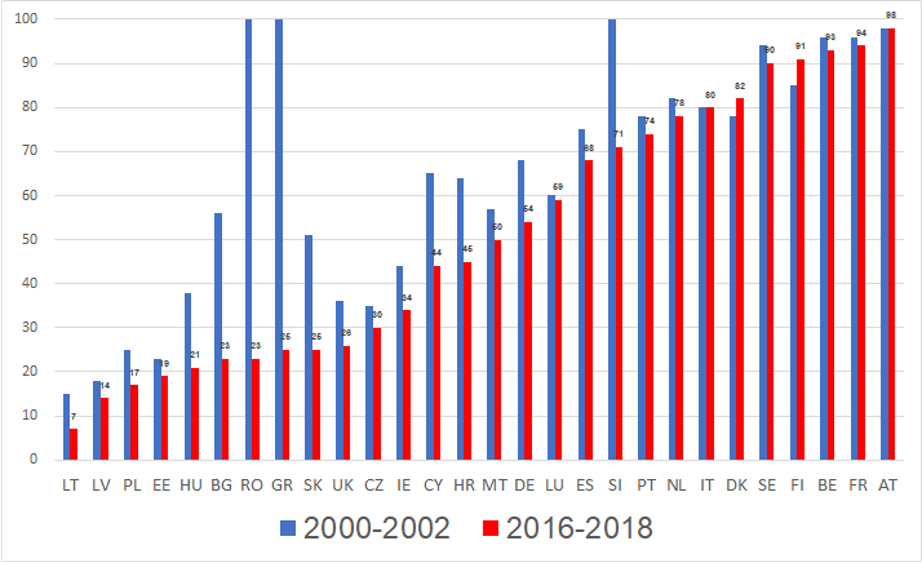 The data shows falls in coverage in the following countries:

The ETUC is highlighting the figures during the European Commission’s consultation on fair minimum wages.

The Commission’s first stage consultation document stated: “Collective bargaining is an essential element of the social market economy promoted by the EU and a strong foundation for good wage setting.”

The ETUC believes the Commission needs to use its initiative on fair minimum wages to protect collective bargaining where coverage is already high and extend it in countries where it is low, in order to reduce inequalities, improve working conditions and raise productivity.

“Raising statutory minimum wages is the bare minimum needed to keep people above the poverty line, but collective bargaining is the best way to ensure workers receive a genuinely fair share of wages, as well as combatting the gender pay gap and providing good conditions for non-standard workers.

“This can start with a requirement for the €2 trillion (14% of GDP) a year of public spending on services, works and supplies to go to firms with a collective bargaining agreement.”