Every spring, Forbes magazine releases a list of the world’s billionaires – a list that has been growing almost every year of this decade.

The 2017 list features 445 billionaires from the countries of the EU. Their combined net worth, according to the magazine, is over €1.3 trillion.

The ETUC believes that the publication of this list is a perfect opportunity to turn attention to the “Not-Rich List” – the 30 million Europeans who are both working and also in danger of falling into poverty. These are people of all ages, in all EU countries and industrial sectors. Some are paid subminimum wage, others are trapped in precarious work, still others are exploited.

As part of its “Europe Needs a Pay Rise” campaign, the ETUC today published a faux cover of Forbes, highlighting the contrast between rising executive pay and those who work hard, but are stuck at the bottom. ETUC Confederal Secretary Esther Lynch said “While some CEOs have indecently high wages, many workers struggle to make ends meet and have seen no real pay rises for years. It’s time to cut the pay gap with pay rises for all workers, a maximum CEO/management to worker pay ratio and greater pay transparency.”

The 18-month pay rise campaign is intended to promote broad pay increases for European workers as the best way to stimulate real, consumer-driven growth in European economies. The ETUC and its affiliate unions believe that the best path to these increases is through collective bargaining agreements.

The “Not-Forbes” cover is attached, and can also be found on the campaign’s Facebook page and twitter feed by searching the hashtag #OurPayRise. 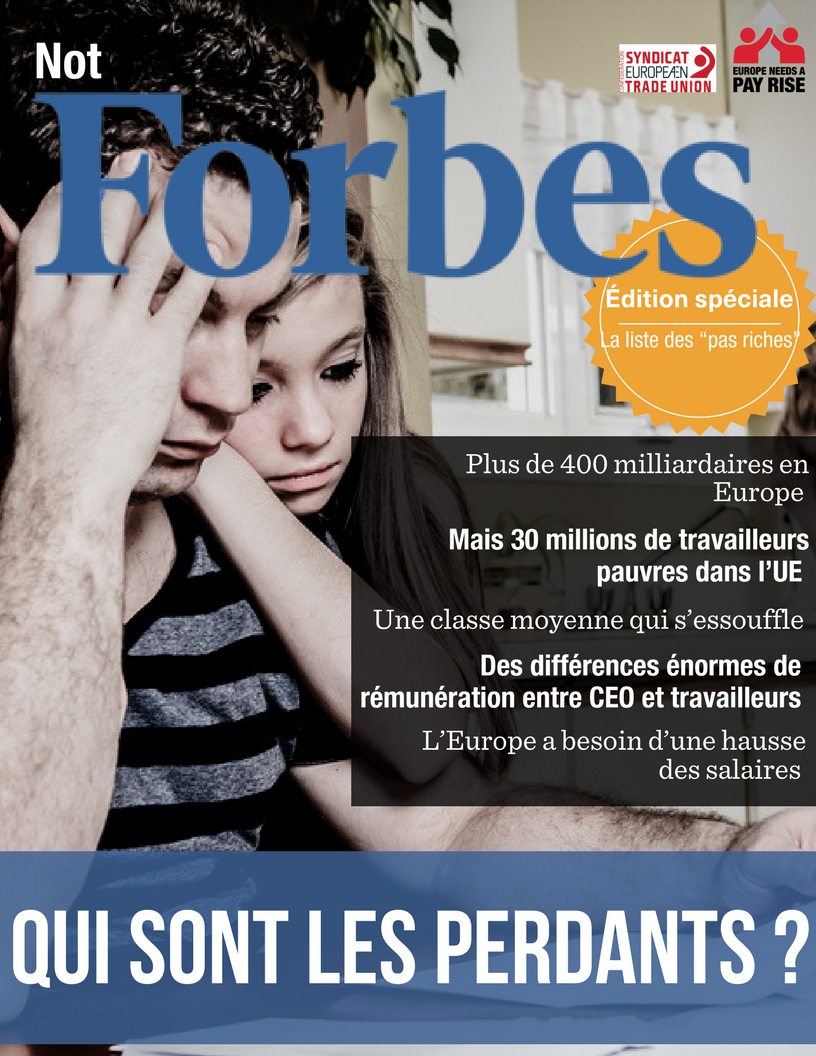