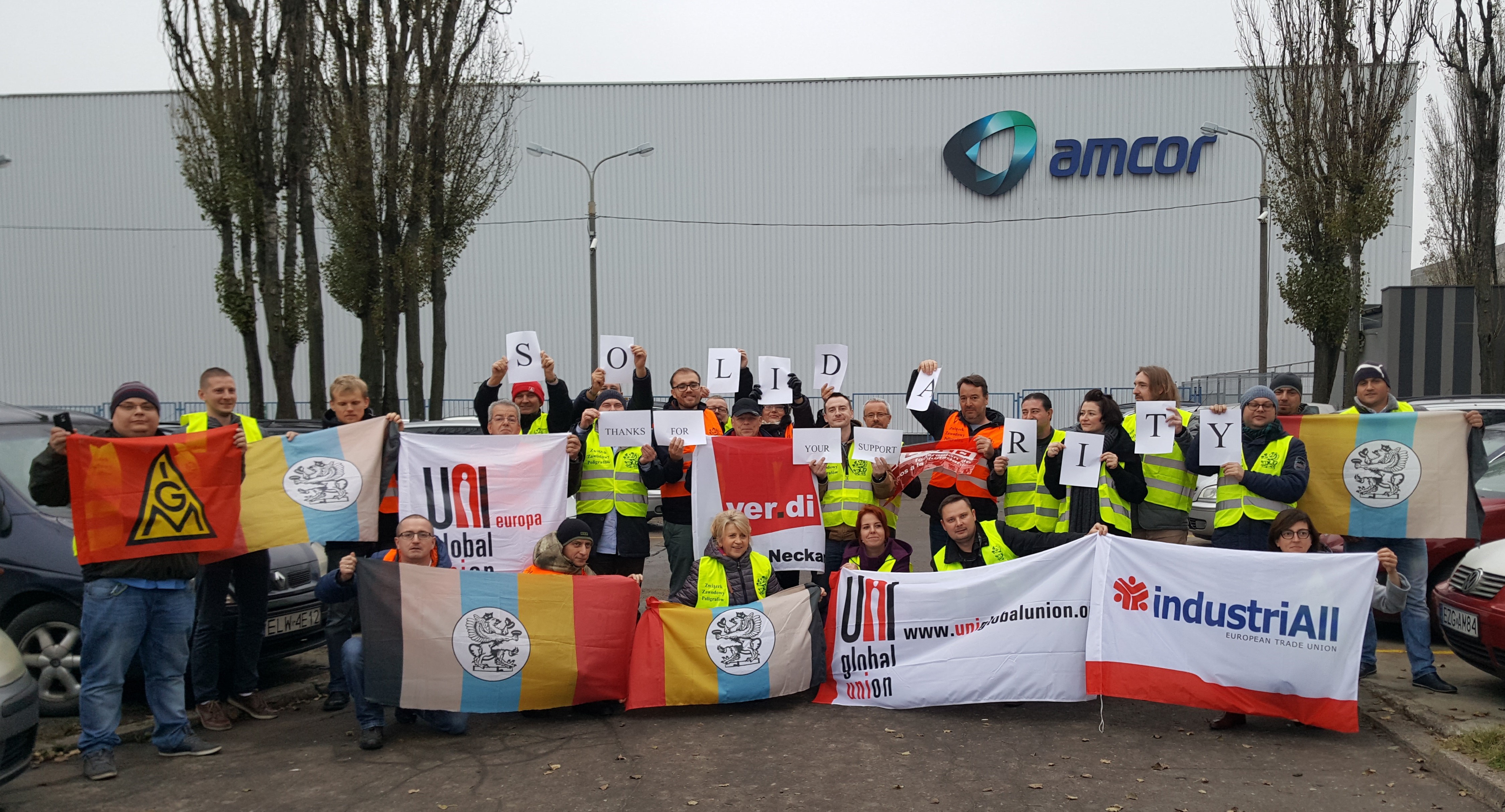 The new organisations will soon start negotiating collectively for the very first time to obtain better conditions for members and to strengthen social dialogue – to the benefit of both workers and the company.

They received solidarity message from some 40 trade unions from all over the world. Union delegations from Germany, Spain and France as well as UNI Europa Graphical & Packaging and IndustriAll Europe have visited Łódź to express their support and exchange experiences, while the Amcor European Works Council is working to integrate the new unions into cross-border activity. There are positive prospects for an improvement in Polish workers’ working conditions.