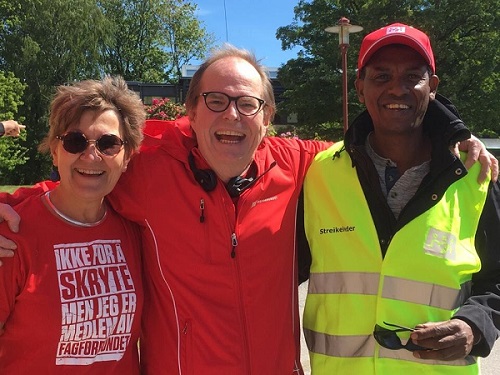 Unions in the Norwegian health sector, including Fagforbundet, YS and unions represented by LO Stat, are celebrating a historic victory following a positive ruling by the National Wages Board.

It means that pensions will now be based on all earnings, ensuring that part-time workers will be entitled to a pension for the first time. The Board also confirmed a pay rise meaning that all workers will benefit from an increase already agreed for nursing staff. It was the government that took the issue to the National Wages Board in the summer.

“This is very good,” said Fagforbundet’s deputy leader Sissel M. Skoghaug. “The result in the board is better than we dared to believe in advance. Not least, we corrected the major injustice of at least 4,000 employees with working hours below 20% of full-time not having pension benefits. They are getting them now. Many are young women, and it will mean a lot to them to earn a pension for all their work. For the individual, this means a better retirement pension, not least in case of disability.”