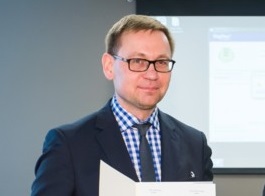 The Estonian Trade Union Confederation (EAKL) and the Estonian Employers' Confederation have reached a deal on raising the country’s minimum monthly salary by €70 in 2022, to €654. The hourly wage will increase to €3.86. Minimum wages should also be decoupled from other benefits, such as child support payments.

Although the number of minimum wage earners in Estonia’s working-age population is not large, the rate is recognised to have a wider impact on the economy. According to the central bank, in 2022 the minimum wage will rise by 12% to 39.5% of the average wage. Social partners are aiming for 40% in 2023.

"A recent study confirms that the impact of the minimum wage is passed on to wages below the mid-point of the wage market,” he added. “It is certainly a mission of trade unions also to address wages in the top half of the labour market, where the majority of our members are active."