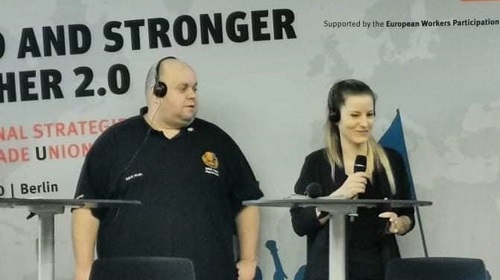 The Hungarian metal workers union VASAS has struck a deal with the management of Mercedes to maintain workers’ wages and job security during the COVID-19 lockdown, despite a halt in production at the end of March.

More than 4,400 workers were affected by the shutdown at the plant in Kecskemét. The company also agreed not to apply the government decree that allows employers to unilaterally allocate working hours within a 24-month time frame.

It means the plant can re-start activities without any staff cuts for the time being and with the basic salaries set by collective agreement at the end of 2018. Other companies in Hungary’s large automotive industry expect mass redundancies. In March, some 60,000 workers were laid off in the sector and another 90-100,000 are expected to follow.  “It is reassuring to see that collective bargaining has delivered such positive results and given a perspective to automotive workers at Mercedes in Hungary in these difficult times,” said Luc Triangle of IndustriAll Europe, which supported its Hungarian affiliate.

At the same time, Hungarian unions have condemned the government decree amending the so-called ‘slave law’, imposed without consultation, giving employers even greater flexibility to impose working hours. According to VASAS’ vice-president, the government is trying to make workers pay the full cost of the pandemic.