Strengthening information, consultation and participation rights for all workers 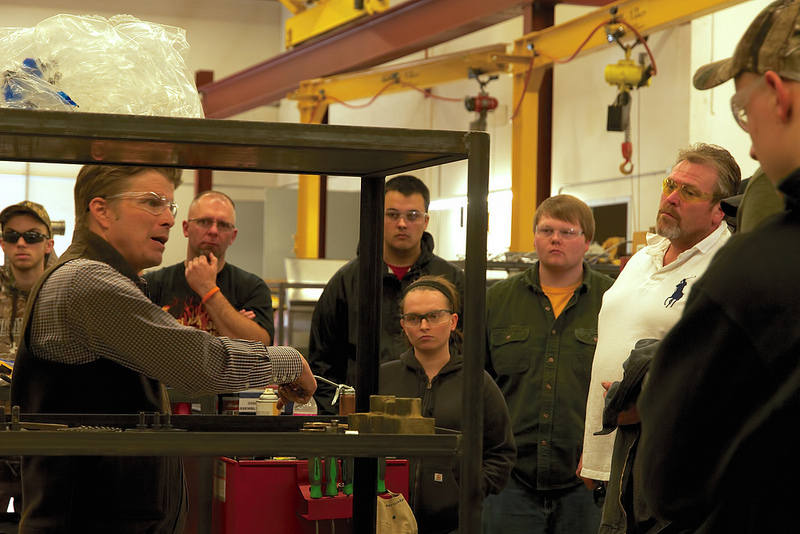 The President of the European Parliament, Martin Schulz, declared the shutdown of ERT a threat to “freedom and pluralism in the media”. The public media as an independent voice is a pillar of western democratic systems and has the permanent role of monitoring and supervision of the other powers. Never before has such a case of the quasi elimination of the media happened in democratic systems. This case once again shows that economic democracy and democracy in the workplace in particular need to be strengthened.

As happened a decade ago in the Renault-Vilvoorde case that led to the adoption of the 2002 directive establishing a general framework on information and consultation rights the European Commission is being challenged to prove that fundamental rights and information/consultation are at the core of the European project. These rights are anchored in the EU Charter of Fundamental Rights and it is a Union duty to support and complement the activities of Member States in the field of information and consultation of workers, including co-determination, as provided for in TFEU 153.

It is important to change policy and to strengthen democracy in Europe. The ETUC has already underlined the need to strengthen the general framework on information and consultation 2002/14, for instance when the Commission services undertook the “Fitness check” involving not only Directive 2002/14, but also the Directive on collective redundancies 98/59 and the directive on transfers of undertaking 2001/23. In this “better regulation” exercise, the Commission commissioned a study including a survey with the aim of exploring whether the provisions of the directive were appropriate for delivering the desired results. Part of this survey was a questionnaire sent to the ETUC affiliates and to colleagues at company level. The result of this survey showed that our colleagues detected gaps, uncertainties and practical problems in using the legislation. The overall conclusion made by the ETUC affiliates were that the provisions were insufficient and needed updating.

Furthermore the ETUC detected “incoherencies in the content of the directives, for instance: the definitions of information, consultation, transnational and cross-border are not the same.” Therefore it is necessary to reflect on the possibility of a recast by taking the better definitions of the EWC- or SE-Directive and use them for all directives. The ETUC asks the Commission to consider possible ways to improve the existing Directives.

As a result of the “Fitness check” the Commission concluded this summer that the abovementioned three directives are “fit for purpose”. However, shortcomings were confirmed notably in relation to the scope of the directives (exclusion of public administrations, seafarers and SMEs) and the definition of information and consultation. The Commission refers to an opinion of the European Economic and Social Committee suggesting that serious consideration be given to a consolidation of information and consultation rights in a single European framework directive to ensure more coherence between the various definitions of information and consultation “and, where applicable, participation in company boardrooms as well”. The Commission envisages as possible next steps: a) cover public administration, smaller SMEs and seafarers which are excluded from the directives, via sectoral social dialogue; b) consolidation of the three directives following consultation of European social partners; c) ex post evaluation in 2016 of the EWC recast. The ETUC will continue to closely monitor these activities, together with the concerned industry federations and actively contribute to the evaluation of the recast.

In its REFIT Agenda (IP/13/891) the Commission announces the “Consolidation of three Directives in the area of information and consultation of workers subject to the results of a consultation of social partners”. The Commission’s objective becomes somewhat clearer, it is not simply a recast of the same text but the “consolidation” will possibly amalgamate the three Directives to make them “less burdensome” for business, which is nearly impossible without cutting the rights of workers. The ETUC is completely opposed to such a deregulatory step.

The European trade union movement faces major challenges: the ongoing financial, economic and social crisis; dramatically high unemployment, in particular that of young people; the establishment of undemocratic forms of EU economic governance; the ongoing austerity policy and last but not least severe attacks on workers’ information, consultation and participation rights and on collective bargaining; interference in the autonomy of the social partners. One of the most recent attack was the shutdown of the Greek national public radio and television broadcaster ERT on June 11, which was a shock in Greece and which sent shockwaves throughout the whole EU. This event has Europe-wide importance. For the ETUC this is a new Renault Vilvoorde case.

I. The case for inclusion of public services: ERT – a new Renault Vilvoorde

The ETUC together with EPSU and EFJ sent a letter to the European institutions asking them to investigate what had gone wrong, in particular with regard to EU information and the consultation rights of the workers and journalists. Over 2,500 workers were effectively laid off without any information, consultation or participation; even the workers’ representatives on the board were not involved in the decision. The closure shows that the information and consultation rights of the staff, workers and journalists had been totally ignored.

Moreover, the ETUC asks the Commission to analyse which other European legislation (Collective Redundancy Directive etc.) has been violated by the closure of ERT, which fundamental rights have been disregarded, and to evaluate whether infringement proceedings against Greece need to be taken in this respect.

II. The case for stronger information and consultation

The ETUC reiterates its call for a strengthening of the information and consultation procedures, in particular by a revision of the general framework 2002/14, which is one of the cornerstones of European labour law, by bringing them at least in line with the advanced definitions of the EWC Recast.

Furthermore ETUC is convinced that the information and consultation framework needs to be improved in view of anticipation and management of change in the case of mergers, takeovers, plant closures, mass layoffs or other important changes such as reorganisation or restructuring.

In their "Regulatory Fitness and Performance Programme (REFIT): Initial Results of the Mapping of the Acquis” (IP/13/891) the Commission attacks the so-called “gold plating”, the norms and rights imposed by some Member States going beyond minimum requirements, for instance: “the setting of thresholds regarding the number of workers for the establishment of representative bodies below the levels set by the Information and Consultation Framework Directive” as additional “regulatory burden”. The conclusion is not outspoken, but clear: These “burden” needs to be scrapped. The (European) minimum must become the (national) maximum; a floor of rights is replaced by a ceiling of rights. The Commission announces: “As a result, a consolidation of the three directives through a recast will be considered. Social partners should be consulted as foreseen in the Treaty”. The ETUC is not against social partner consultation on this topic but opposes any attempt of deregulatory measure to downsize a fundamental right, be it on national or EU level.

In this regard the ETUC suggests the following concrete proposals for a revision of the general framework directive 2002/14:

• the ETUC calls for application to all workers including public service workers, civil servants and seafarers;

• the ETUC calls for bringing the Directive 2002/14 in line with the better standards (definitions etc.) contained in the EWC Recast (2009/38) and the SE Directive (2002/86/EC). Importance of stronger consultation rights with a view to reach an agreement via a meaningful dialogue before any decision can be finalised; the information-consultation must imply the value chain: upstream suppliers, subcontractors, dependent companies downstream;

• the Directive should grant employees’ representatives a right to expertise;

• the ETUC calls for anticipatory management of employment and competences and to address mid- and long-term corporate strategies aimed at reinforcing internal and external employability: for instance, an annual reflection on the strategic development of a company (or public service) in 5, 10 years to prepare for the change.

• strengthening workers’ board-level representation (where applicable) to receive complete information on strategic choices before the decisions are taken, and to increase the control and influence workers have on the strategic decision-making process within a company or public service;

• effective and strong sanctions in case of serious violation of information and consultation rights.

A rethinking is needed: It is necessary to strengthen information and consultation, but also the participatory aspect, especially in the Member States where these rights are established. In these Member States which already have workers’ board level representation (WBLR), such a participation system should cover public services and institutions as well. Each Member State has its own system of industrial relations, based on different historical developments and traditions, which has to be respected and which does not require harmonisation.

We have to recognise that companies continue to be able to circumvent or escape co-determination via loopholes in European company law forms or by using foreign company law forms in the internal market. The European Company (SE) directive has not completely closed this loophole. One important reason for this situation is the fact that the SE has not created a European minimum standard but applies only the “before-after” principle related to the national situation. This major loophole needs to be addressed by complementing the “before-after” principle by a European basic standard.

Stronger participation is a step towards sustainable corporate governance in the economic, social and ecological dimension, which in itself is a step towards a sustainable company. The ETUC reiterates its call for a strengthening and broader scope of the information and consultation procedures, in particular by a revision of the general framework directive, but also of the participation rights in the Member States where such rights exist.