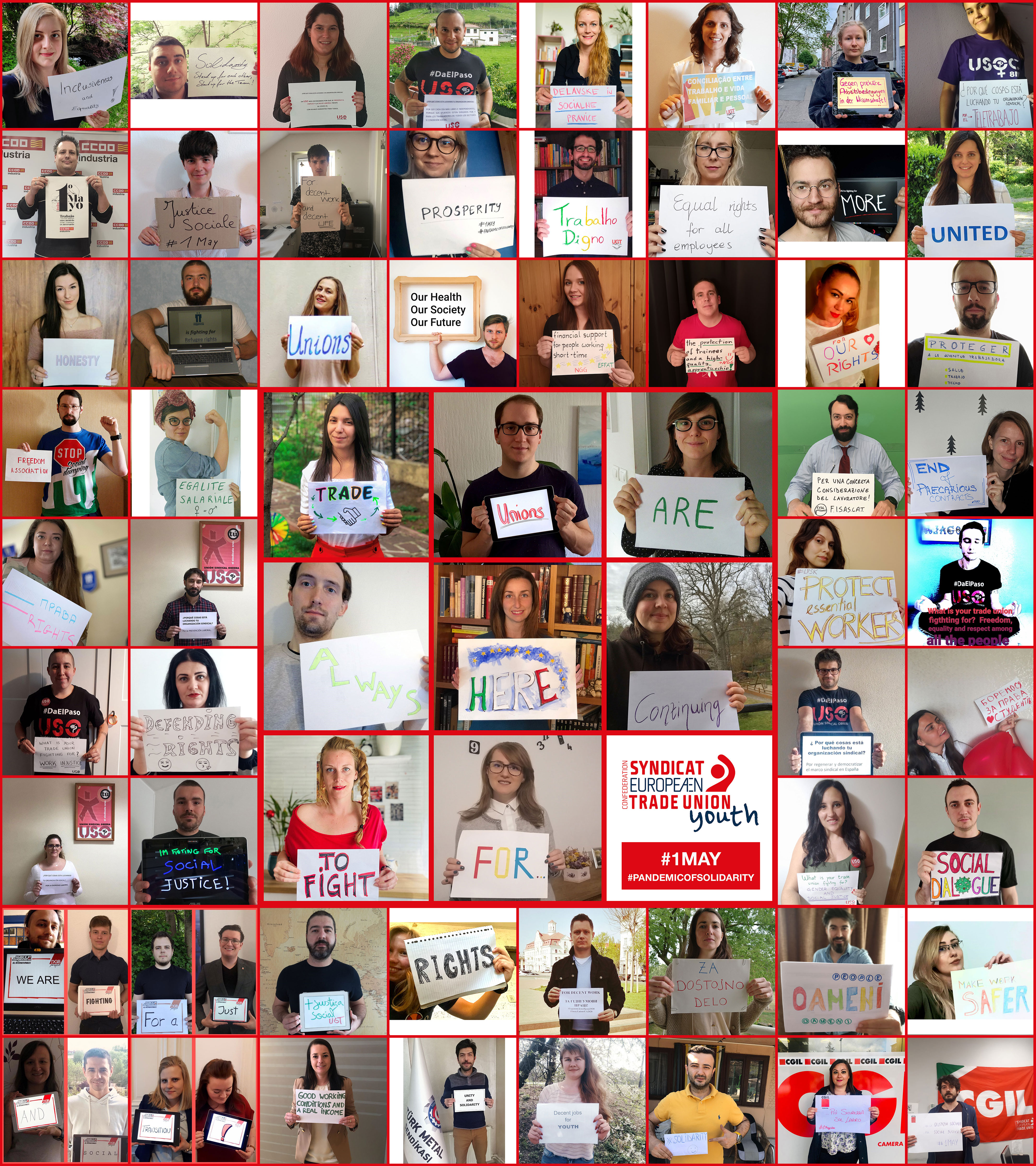 Trade Unions are always here continuing to fight for…

This year we celebrate a Labour Day out of the norm. Generally, thousands of workers would have taken to the streets to celebrate this day, but, this year, this will not be possible due to the current COVID-19 crisis.

However, that doesn't mean that we, the unions, are or will be inactive this year. On the contrary. In particular during this crisis, we remain committed to the interests of workers all around Europe. We are negotiating with employers and governments to prevent workers losing their job. We are ensuring the implementation of short-time work and of health and safety measures for those who are still working. And we are negotiating for income compensations for all of those who  cannot work.

As we have seen in the aftermath of the financial crisis, young people are particularly vulnerable to economic crises. Especially those with low income or without a job. To prevent a new wave of youth unemployment in Europe, the political decision-makers must act decisively now.

The current “reinforcement” initiative of the Youth Guarantee led by the European Commission plays an important part in this context. In these times, it would be fatal to stick to the planned cut in funding. Instead, we call on the European Commission and the governments of the member states to: be bold and enable an instrument that will provide adequate funding to finance quality and decent jobs.

It is an easy narrative to say that ambitions goals that were not achieved until now cannot be expected to be achieve during this unprecedent recession. But that is wrong! This crisis shows how unequally wealth is distributed in our society.  It also shows who are the ones that will carry society trough the pandemic – WORKERS!

We must reset and not restart an economy that replicates inequalities and leaves the power and money in hands of few, while many are struggling despite working a full-time job.

On Labour Day, on this year’s 1st of May, we call for implementation of the Youth Guarantee as an tool that gives young people hope and opportunity to stay and work in their country instead of being forced to move for a job.   A tool that provides training to those who need it instead of offering traineeships to overqualified graduates to fill in for a real job.  A tool that will reach out to most vulnerable groups and provide them with guidance and solutions, instead of creating a lost generation for a second time in a decade. A tool that will support decent jobs and allow access to social protection to all!

On Labour Day, we invite leaders to reflect on what really matters and where their past strategy putting ‘Markets before people’ provoking devastating austerity led us. We need a strong public investment centred around the well-being of citizens. This can be achieved if we stop seeing growth as the ultimate indicator of everything and if we strengthen social dialogue and let the collective agreements protect workers' rights and interest against the financial interest of the large companies.

On Labour Day we call on EU institutions to show leadership and avoid that public money and bailouts go to companies that violate labour rights, avoid taxes and use every possible loophole to disrespect social and environmental standards.  We applaud governments that already announced such measures. This is the time for regulation and quality jobs not a time for flexibility in name of fighting unemployment.

With our online action, we want to raise awareness and celebrate the work of workers and Trade Unions that are at the forefront representing those whose voice is often not heard during this crisis.

The organic online collage shows the large scope, the eagerness and the determination with which our colleagues in Europe are fighting for rights now, crisis or not. We celebrate Labour Day and we are standing together in solidarity with all young people, workers, students.