ETUC statement on the outcome of the Turkish referendum 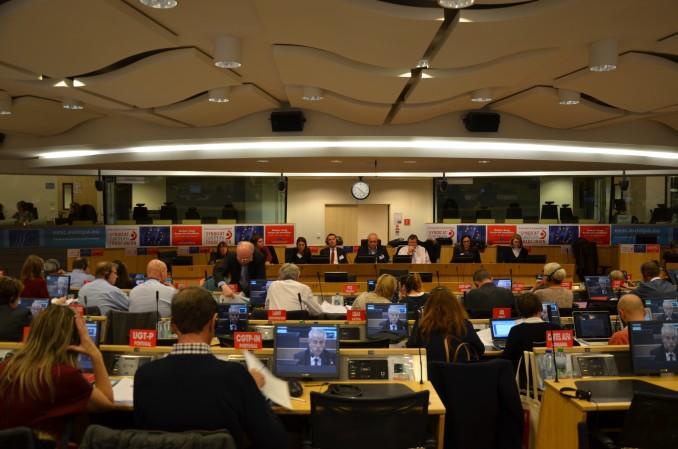 The Steering Committee of the ETUC, in its meeting on 20 April in Brussels, discussed the results of the Turkish referendum held on 16 April on the reforms to the Constitution adopted by the National Assembly on 21 January.

The European Trade Union Confederation (ETUC) took note of the declared outcome but expressed its deepest concerns, given the tense climate before the consultation, the far-reaching changes in the constitution, the slim majority and the alleged irregularities (including hundreds of thousands of unstamped ballots added during the vote count, in contravention of the law).

The ETUC also took note of the initial comments made by foreign observers. In their preliminary report, the representatives of the Council of Europe and of the Organisation for Security and Cooperation in Europe tended to confirm the fears, expressed by the PACE at the end of January, that the overall legitimacy of the process – and of the new Constitution – could be called into question due to “the numerous measures taken under the state of emergency and the consequent restrictions weighing down on the fundamental freedoms in Turkey". The ETUC now awaits the final reports of the foreign observers as well as of possible independent and transparent investigations.  before deciding on further actions to take following the public consultation.

The tight result declared (51.3% in favour vs. 48.6% against) could create further concerns about a new authoritarian drift.

On Monday 17 April, the state of emergency was once again extended by 90 days. Yet, nine months after the abortive coup attempt, there is no justification for maintaining such extensive measures. As recognised by the Turkish authorities themselves, since July 15, 125,485 persons have been dismissed or suspended from their jobs without trial or appeal, and 113,260 citizens have been detained in investigations: today 47,555 of them - including too many journalists - remain deprived of their freedom.

"It is high time to review the decrees on the state of emergency, to return to the rule of law, to respect the Fundamental Norms and Rights and the International and European Charters and Conventions, including Trade Union Rights", stressed the ETUC Executive Committee in its Declaration unanimously adopted on 14 December.

The ETUC reiterates its formal opposition to the death penalty, as it is incompatible with the universal and European principles ​​of human rights. To launch a Turkish referendum on the subject could be a provocation at a time when a deeply divided, polarised Turkey – as shown by the results of the referendum – needs more consensual policies addressing the real concerns of citizens (job security, health and safety at work, increasing violence ….) both within the country and in its relations with the outside world, including with the European Union.

Finally, the Steering Committee decided formally on the establishment of a joint ITUC-ETUC international solidarity fund to provide support for trade unionists who suffer from repression and harassment.