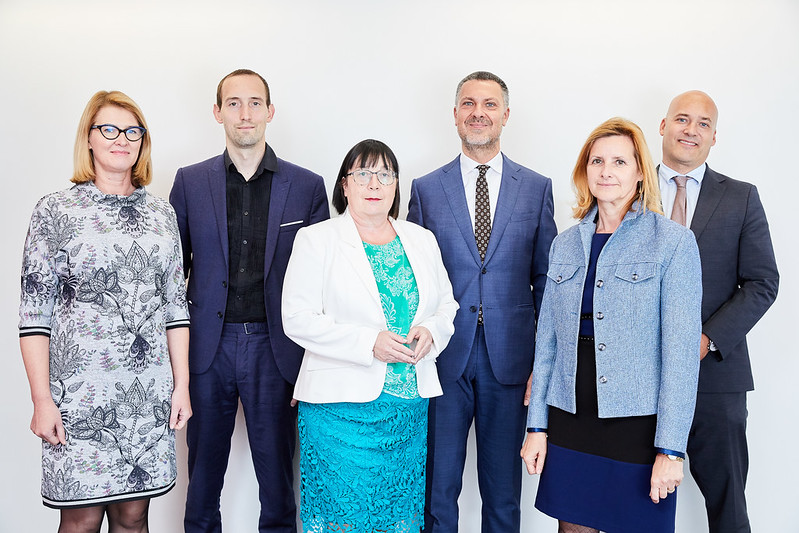 European Institutions and national leaders declared 2022 the European Year of Youth. (EYY). This is a evidence to the fact that young Europeans are one of the groups most affected by the COVID 19 pandemic. The series of lockdowns caused a collective trauma with no current attempt to heal it as the national authorities continue their battle against the new wave of infections. Additionally, the precarious position of young people in the labour markets forced them into unemployment, often without any safety net as their previous (often multiannual) working life was composed of short term and non-standard contracts and employers were not obliged to pay a social security contribution.

ETUC has long been warning that the austerity measures introduced after the last economic crisis, left the labour market a very hostile place for young workers. The race to the bottom and the liberalisation of the market led to an increase in young people, particularly those with low skills,  who had little choice but to accept unfair working conditions in the form of temporary contracts, 0 hours contracts, bogus self-employment, unpaid or poorly paid internships that often substituted entry-level jobs. We, therefore, welcome the EYY initiative but we denounce the lack of concrete proposals and commitments to make the life of young workers better. For EYY to have an impact we have to have legislative changes that will guarantee long-lasting improvements in all Member States.

To make tangible changes we will continue to monitor the impact on different initiatives on young workers, to explore and promote the added value that Social Partners can have in those and to sound our voice in existing for a, advocating for quality jobs and the implementation of the Action Plan of the European Pillar of Social Rights. Concretely, we will undertake the actions outlined below.

Internships are often considered a great way for young people to gather valuable work experience and get a foothold in the labour market. Their importance has risen as graduates find it increasingly difficult to land a job, particularly during the economic downturn. However, widely reported abuses have led to vocal criticism of internships as a source of cheap, and often free, labour used by public and private bodies equally.
ETUC is a long-standing promoter of quality internships[1] and believes there is momentum for stopping the widespread discriminatory practice of unpaid work in name of upskilling.

The legislation regulating internships is different in the member states[2], this can hamper the existing efforts by Trade Unions to share best practices in the field.  Given the level of mobility among young people, we need harmonisation and binding action on an EU level. That is why the goal of our advocacy is a binding legal proposal to:

We regret to see that the potential of the Youth Guarantee, newly financed by the ESF+, with the obligation to spend a minimum of 12% of the funds in the Member States with a higher NEET rate than the EU average[4], as the main policy tool to fight rising youth unemployment, has not been fully realised.

In the Council Recommendations to strengthen the tool[5] (October 2020), the ministers included the call for the quality offer however no binding criteria were proposed and the quality and the reach out remain a matter of concern[6]. ETUC notes that the last update of National Implementation Plans dates 2014 consequently the plans are completely irrelevant. Furthermore, not all EU Member States have started to update their national youth strategies taking into account the Reinforced Youth Guarantee.[7]

Financed by the ESF+, the cost of individual mobility is estimated to be 15k, which makes the outreach of the pilot phase, with the budget of 15million, extremely limited[8].

In this respect, ETUC:

In the Framework of EYY the Commission plans to implement citizen dialogues with policymakers that would directly contribute to policymaking.  The selection procedure for those delegations was not disclosed and would be outsourced to an external contractor.

In this respect, ETUC:

The idea launched by the French presidency of the EU council aims to expand existing civic service schemes across borders. The civic service, that exists in several EU countries,  helps young people develop a sense of community and enhances civic engagement. Additionally, it can be an important part of developing the sense of future career pathways.

[7] Konle-Seidl, R. and Picarella, F. (2021), Youth in Europe: Effects of COVID-19 on their economic and social situation, European Parliament, Luxembourg.