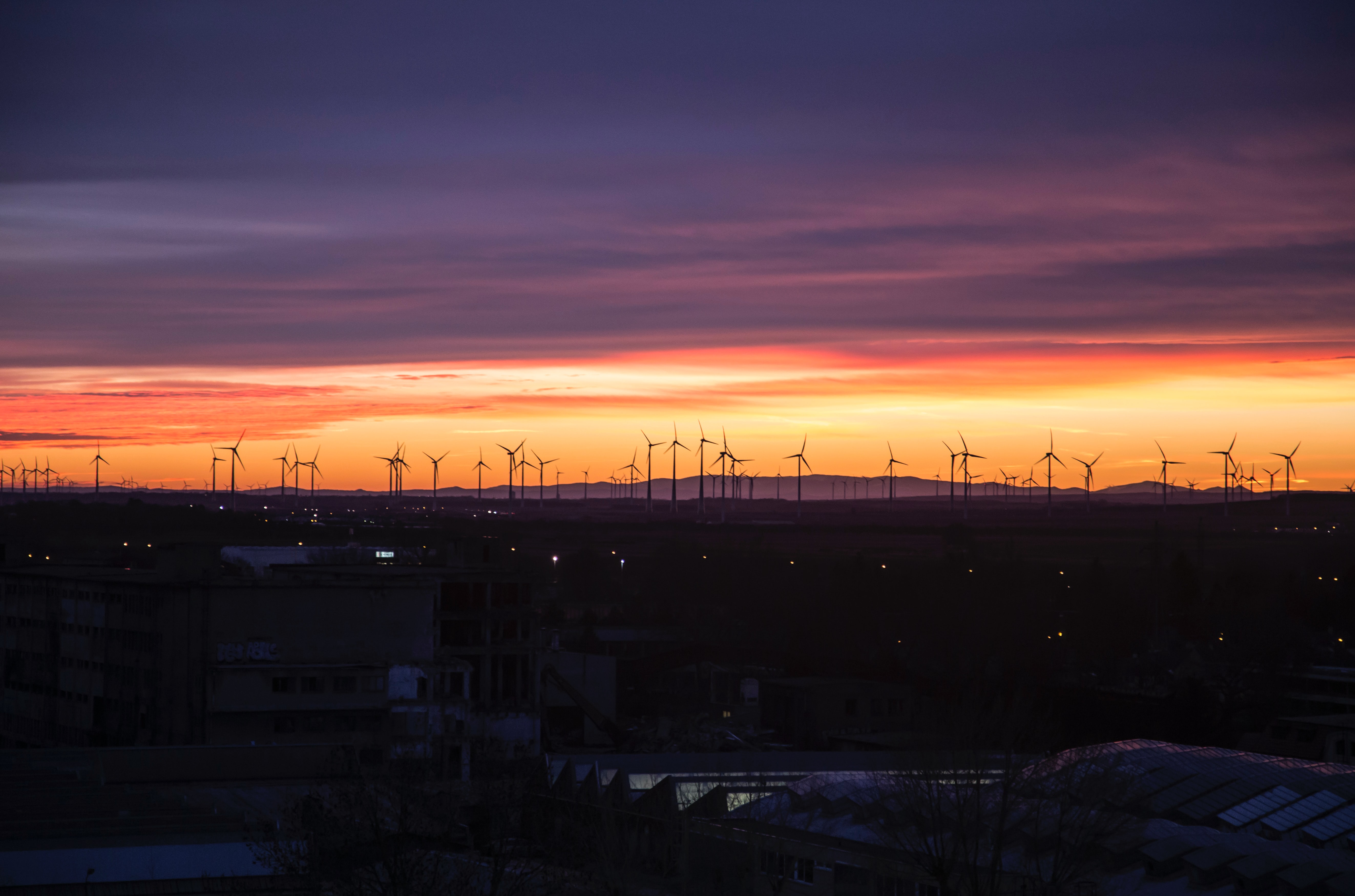 Adopted at the Executive Committee meeting of 8-9 December 2021

On 14 July 2021, the European Commission released its Fit for 55 Package. This package consists of 13 legislative proposals that aim at aligning EU climate and energy policies with the new climate targets set by the recently adopted Climate Law – a GHG emission reduction of at least 55% by 2030 compared to the 1990 levels, and climate neutrality by 2050.

The following are the legislative instruments that are subject to revision: the Emission Trading System (ETS) Directive; the Effort Sharing Regulation; the Renewable Energy Directive; the Energy Efficiency Directive; the Energy Tax Directive; the Regulation setting CO2 Emissions Performance Standards for Cars and Vans; the Directive on deployment of the alternative fuels infrastructure; and the LULUCF Regulation. These revisions are complemented by new legislative proposals for a Carbon Border Adjustment Mechanism, a Social Climate Fund, as well as two initiatives called ReFuelEU Aviation and FuelEU Maritime. On the same day the Commission also released its new EU forest strategy for 2030.

Reducing rapidly EU’s greenhouse gas emissions is a top priority for European Trade Unions, since there are no jobs on a dead planet. The increasing frequency and intensity of extreme weather events, such as the floods that affected Europe this summer, reminds us of the urgent need to act. The Sixth IPCC Assessment Report[1] published in August 2021, also constitutes a serious warning, telling us that now is the time to adopt ambitious measures, or it will be too late.

Fully aware of those worrying signs, the European Trade Union Confederation supports the new GHG emissions reduction targets for 2030 and 2050 enshrined in the Climate Law[2]. Meeting these objectives is crucial if Europe is serious about fulfilling its commitment under the Paris Agreement.

But targets alone do not mean anything if they are not backed up by concrete policies. In that regard, ETUC recognises the work done by the European Commission to translate these climate objectives into a comprehensive and ambitious “Fit for 55” legislative package that is in line with the new climate law, even though the legislative package is far too weak with respect to the social dimension.

Climate change will affect everyone, especially the most vulnerable. It is unequivocal that the cost of inaction is far greater than the cost of acting boldly now. At the same time, it is clear that many of the ambitious climate policies proposed in the Fit for 55 package will have strong socio-economic consequences, especially on those workers from regions and sectors depending on fossil fuel activities that will undertake profound transformations. For example, the proposed reform of the Emission Trading System or the ban of selling new combustion engine vehicle by 2035 will profoundly impact the related industries. If nothing is done to manage and anticipate those changes, climate policies will negatively affect employment prospects in many regions and lead to deindustrialisation.

Often, climate policies – such as the proposed creation of a separate Emission Trading System for heating fuels in buildings and transport fuels –have strong regressive distributional effects and affect proportionally more low and middle income households, therefore increasing already existing inequalities within society. At a time where 50 million European households already suffer from energy poverty and in the current context of sharp rise in energy prices, it is particularly important that the European Union proposes policies to address those concerns and shape the transition in a socially just and progressive way.

To address those concerns, ETUC calls on the European Commission to propose additional policy measures to strengthen the social and labour dimension of the European Green Deal. At the moment, the Commission’s legislative proposals are indeed designed with the ambition to achieve the 2030 climate target – which is absolutely needed – but fall short of measures to ensure a just transition for European workers and low-income households.

To be socially acceptable, the climate ambition proposed in the package should be matched by an equivalent social ambition, in line with the recent Porto Declarations[3] made by the EU Council and the European Pillars of Social Rights[4]. The European Green Deal agenda should indeed be used as an opportunity to maintain and create quality jobs, promote decent work across all sectors, raise labour standards, tackle discriminations at work, promote gender equality, and workplace democracy.

The recent creation of a Just Transition Mechanism and a Just Transition Fund – dedicated to support regions highly dependent on carbon intensive industries – is a positive first step that has been welcomed by trade unions at the time. However, the size of the fund remains way too limited to tackle the challenges at stake. The scope of the Mechanism, which is limited to regions highly dependent on coal, lignite, peat, oil shale and carbon intensive industries, is too narrow. It also does not provide for support for other sectors that will be affected by the changes, such as transport, construction, agriculture, tourism and other industries. Any Just Transition Framework must tackle all economic sectors facing the transition and must include the supply chains, as acknowledged in the recent COP26 declaration “Supporting the Conditions for a Just Transition Internationally”. More should also be done to properly involve trade unions in the design of the Territorial Just Transition Plans. A recent survey conducted by ETUC among its affiliates indeed shows there are still problems in this regard in a certain number of countries[5].

Along with those considerations, the Commission should also ensure the creation of quality jobs in the EU through the implementation of the Fit for 55 package and the Next Generation EU. This should be regularly monitored and assessed. This focus on quality job will be crucial to ensure decent working conditions while tapping on the job creation potential of those sectors that will be needed to achieve the green transition – such as building renovation, public transport, renewables, green hydrogen, batteries, electric vehicles, circular economy, energy efficiency, etc.

This new framework should be based on a systematic granular mapping and analysis of the impacts the transition will have on employment and skills in the different countries, regions and sectors, including on subcontractors and the downstream value chains. Such granular mapping would complement the overall perspective of previous impact assessments made by the Commission and would provide the necessary knowledge to develop adequate social policies as well as territorial and sectoral just transition pathway adapted to regional realities. It would also be useful to properly monitor and evaluate the implementation of European Green Deal policies in the future.

This Just Transition Legal Framework should contain the following elements:

All these elements should be part of the next European Green Deal package, which is due to be published in December 2021. The Commission’s proposal should go beyond simple recommendations to Member States and take the form of concrete legislative proposals to strengthen workers right to information and consultation as well as to ensure the creation of quality jobs. The Commission has indeed the legitimacy and capacity to regulate on such matters in order to implement the European Pillar of Social Rights. ETUC remains committed to continue the discussions with European policy makers and to find constructive and pragmatic solutions on how to implement those recommendations in future policy proposals.

[1] IPCC, 2021: Climate Change 2021: The Physical Science Basis. Contribution of Working Group I to the Sixth Assessment Report of the Intergovernmental Panel on Climate Change

[2] ETUC actually goes even further by supporting a net 2030 climate target of -55% without removals which should be dealt with in a separate target.

[5] Out of 21 countries who answered ETUC survey, 10 indicated that they had not been involved in the design of the Territorial Just Transition Plans. In addition, several countries who indicated they had been somehow involved in the drafting of their TJTP said their involvement has not been sufficient and their input not properly taken into consideration. In ETUC’s views, the Commission should issue clear guidelines on how to properly involve trade unions and this obligation should be assessed as part of the evaluation of the TJTP.

[6] See International Labour Organisation guidelines for a just transition towards environmentally sustainable economies and societies for all.

[8] For more details proposal, see European Parliament resolution of 15 January 2013 with recommendations to the Commission on information and consultation of workers, anticipation and management of restructuring (2012/2061(INL))