ETUC declaration on industrial policy, energy and the fight against climate change 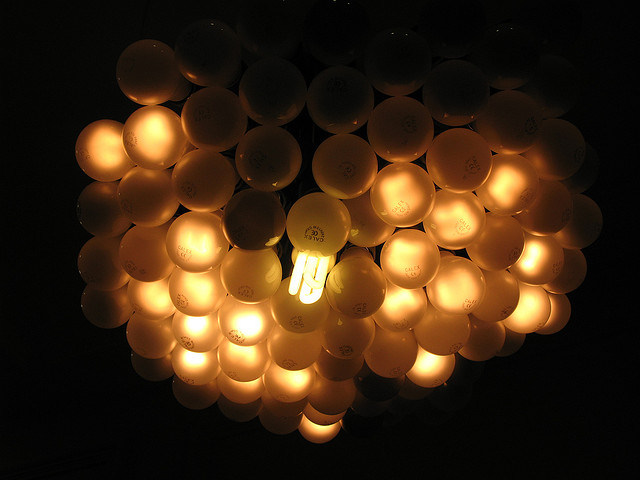 The European Council of 21 March 2014 will address industrial policy, energy and the fight against climate change. On 22 January 2014, the European Commission published two communications entitled "For a European Industrial Renaissance" and "A policy framework for climate and energy in the period from 2020 to 2030". The aim of this declaration is to remind Europe's political leaders of some key elements of the ETUC's position on these issues.

The ETUC welcomes the fact that the issues of industrial policy, energy and the fight against climate change appear together on the Council's agenda. These three topics are closely interlinked and must be addressed in a coordinated and consistent way, in particular, to limit the risk of "carbon leakage" for the post 2020 era. Energy is a key dimension of industrial policy and manufacturing activities are the backbone of strong and resilient economies. Countries with a large industrial base have resisted the crisis better. The harmonisation of timetables is an important step in coordinating these policies, which are essential to the creation of a sustainable and socially just European economy. However, the ETUC stresses that there can be no question of establishing a hierarchy between maintaining quality employment in Europe and combating climate change. These two challenges must be tackled simultaneously and with the same determination. The increase in extreme weather events reminds us how vital it is that everything be done to achieve a legally binding international agreement which is sufficiently universal and ambitious at the 2015 Paris Conference.

The ETUC asks that 'Just Transition' be an integral part of the policy framework which the EU will adopt to organise the transition to a low-carbon economy beyond 2020. The notion of 'Just Transition', which the trade union movement has advocated for many years, aims to integrate employment demands into European and international climate policies – both quantitatively and qualitatively, including training, worker participation, social protection and trade union rights. The ETUC greatly regrets that this notion has not yet been integrated into European policies, despite being part of the international agreements which the EU signed in Cancun in 2010. The adoption of a roadmap for a 'Just Transition' in Europe is an essential correction to the current policy framework, which drastically neglects labour issues. Putting 'Just Transition' into practice will be essential to ensure that all workers support the policies aimed at greening the European economy.

The ETUC regrets the lack of specific content on jobs, youth employment and quality of work in the Commission Communication "For a European Industrial Renaissance". European industrial policy must place the issue of quality employment at the heart of its objectives, yet the text of the Communication offers no guarantees that the proposed measures will result in the creation of quality jobs for European workers.

The Communication on industrial renaissance focuses on policies to strengthen the internal market and recommends boosting competitiveness through deregulation (REFIT) and the promotion of "growth-friendly" public administration. This restrictive notion of competitiveness, which is central to the policies being implemented to combat the crisis, has the effect of weakening essential public services and challenging regulations deemed detrimental to business competitiveness, particularly in the field of occupational health and safety. Re-industrialisation is a fundamental objective for the future of Europe, but it must not come at the expense of regulations that protect workers and citizens. Low-cost competitiveness based on deregulation and social dumping must be replaced by competitiveness based on quality, innovation and investment. Funding for innovation, research and development in sustainable industrial technologies must be urgently and dramatically increased.

The Commission partly addresses this ambition of basing Europe's competitiveness on quality by making industrial modernisation one of the pillars of its policy. In the policy, it stresses the importance of innovation and new technologies and sets out the budget lines available to businesses, Member States and regions. This proactive approach is to be welcomed. However, such measures will only succeed if they are backed up by an ambitious investment plan and a regulatory framework enabling the public authorities to play an active role in industrial redeployment, particularly via state aid policies that allow the development and long-term survival of industrial projects in Europe, and the jobs associated with them.

As regards the synergies to be developed between the 2030 climate and energy package and industrial policy, the ETUC is concerned about the vast gulf between, on the one hand, the absolutely essential goal of reducing greenhouse gas emissions by 80 to 95% by 2050 (compared with 1990 levels) and, on the other hand, the inadequacy of the resources available to give the European economy the technologies and infrastructure required to bring about the transition to a low-carbon economy. The ETUC believes that there is an urgent need to finance low-carbon technology pilot projects in Europe, without which European industry will be unable to meet the targets set for it in the "Roadmap for moving to a competitive low carbon economy in 2050".

The ETUC notes the Commission's proposal to reduce the EU's greenhouse gas emissions by 40% by 2030. The absence of clear energy-efficiency targets is the main shortcoming of the European Commission's proposal for 2030. Given the energy dependency of the EU, which imports 55% of the energy it consumes, and given the high proportion of energy in production costs, the competitiveness of the European economy depends on enhancing its energy efficiency. Furthermore, ambitious targets in this area generate investments that create non-relocatable jobs in sectors such as construction and transport. The ETUC therefore finds it regrettable that this crucial issue was not included from the outset in the debate on climate and energy policies to 2030. The Commission's proposed target, which is to increase the share of renewables to 27% of energy consumed in Europe by 2030, on the one hand deprives Europe of an essential incentive to develop a job-creating industrial sector while on the other hand limiting the potential for sustainable domestic energy generation in Europe. While the ETUC supports the idea of three national binding targets, national circumstances should be better taken into account.

The European framework enables economies of scale and the pooling of resources and the ETUC has been calling for a common European energy policy for many years. The energy debate cannot be reduced to the pursuit of low-cost competitiveness and Europe's energy choices cannot be left to the market. The challenges of supply, energy dependency, environmental protection and access to energy require a policy based on better market regulation, support for innovation and funding for the upgrading of energy generation and distribution infrastructure. The ETUC stresses that ensuring access to energy is a vital requirement of the European re-industrialisation strategy.

The ETUC will continue to monitor industrial policy, energy and climate issues closely over the coming months and to demand a just transition for the EU, its citizens and workers. The ETUC points out that it has proposed a plan for investment, sustainable growth and quality jobs entitled "A new path for Europe"[1]   which, once again, is a necessary precondition for meeting industrial policy, energy policy and climate change objectives.